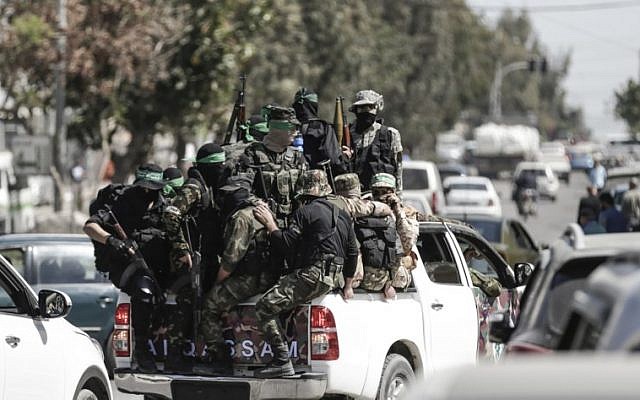 Containment efforts began even before the full interview was transmitted. After a promotion for the interview was aired Wednesday, Hamas organized a demonstration outside Sheikh Hassan Yousef’s home in the West Bank village of Beitunia where dozens gathered to declare their support for him. Fatah members also attended.

On social media, Hamas urged support for the elder Yousef under the banner, “We are all your sons,” and Qassam Barghouti, son of Marwan Barghouti, a senior Palestinian leader imprisoned in Israel for organizing deadly terror attacks, tweeted at Yousef recalling that both Fatah and Hamas share their fight against Israel. A video clip shared on social media showed masked Hamas fighters unfurling a banner with the sheikh’s image on it.

Source: Hamas On Advocacy Blitz To Counter Exposé of Corruption By 2nd ‘Son Of Hamas’ | The Times Of Israel