FOX News: Not surprisingly, mainstream media has been reporting the Palestinian protests as though Israel was the bad guy; victims killed so far as innocent and so on. The Israeli Army released video showing protesters reportedly detonating several explosions near the border. It also said its forces had killed a squad of Hamas gunmen who opened fire at troops. 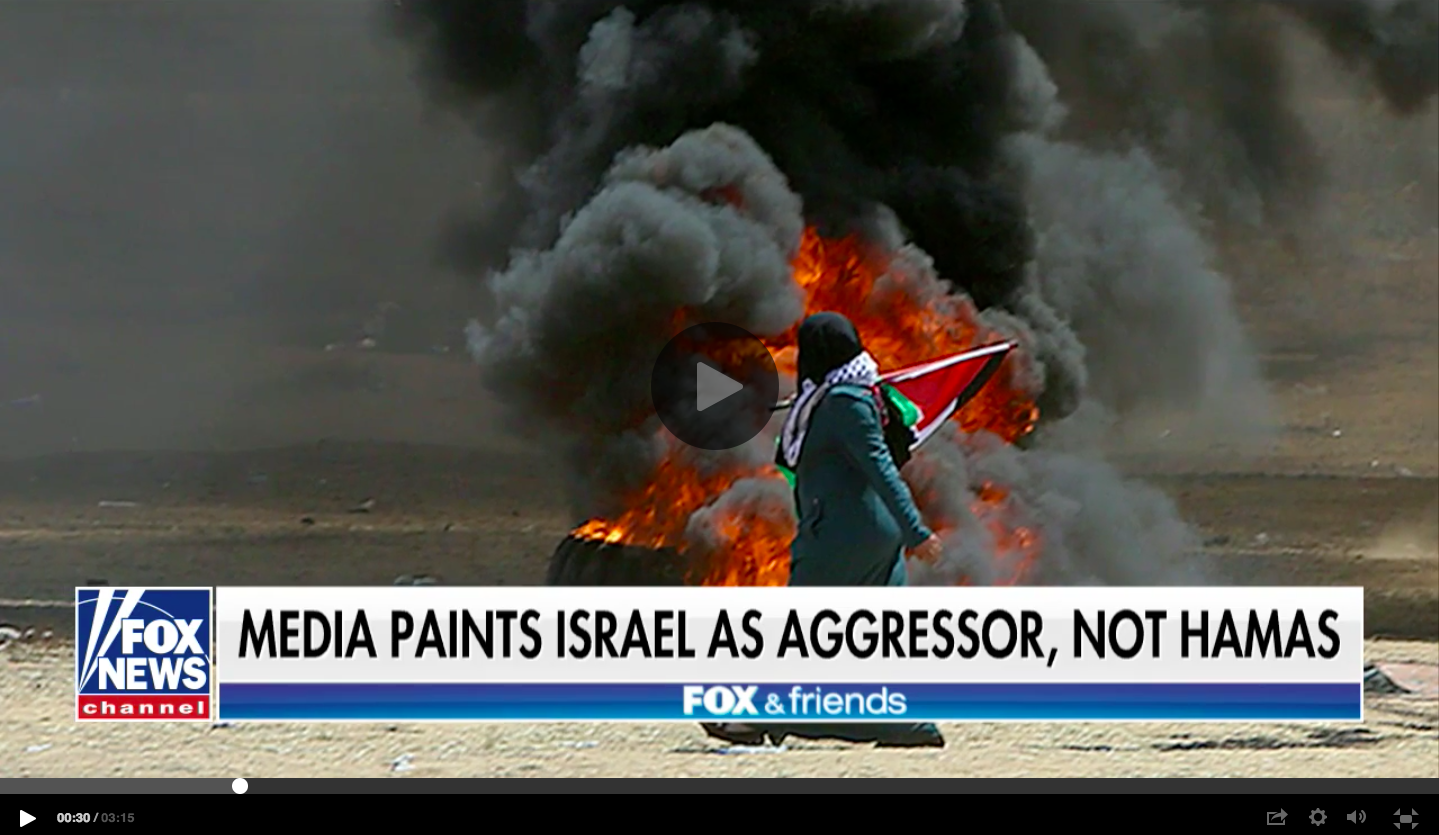 A senior Hamas official admitted Wednesday that dozens of rioters killed by Israeli soldiers in the Gaza Strip were members of the militant group.

The official, Salah Bardawil, told the private Palestinian news outlet Baladna TV that 50 of the protesters killed in Monday’s violence were members, with the others being “from the people.” He did not specify what roles the victims had in the organization, such as whether they were members of the group’s armed wing. The admission came one day after Björn Stritzel, a reporter for the German tabloid BILD, tweeted so-called “martyrdom pictures” of Hamas militants killed in the violence.

Source: Hamas Admits Most Killed in Gaza Violence Were its Members | FOX News