FOX News: While shopping on Father’s Day afternoon at a local Walmart, things turned deadly when a would-be carjacker met their fate. He was shot and killed by a local Pastor, David George. He has a concealed weapon permit, and was carrying that afternoon while he and his family were inside Walmart. According to investigators, the man who was killed, 44 year old Tim Day, had stolen his girlfriend’s gun. After attempts at trying to carjack two different cars, Day went into the Walmart where George was shopping with his family. Day shot his weapon while in the store and George got his family out safely. He then followed Day outside, letting his “active shooter training” take over. 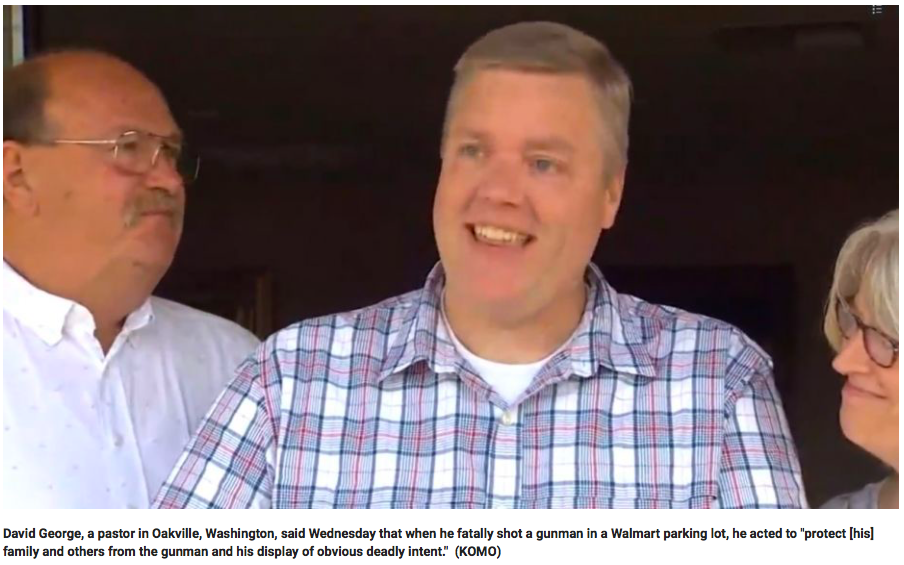 In a news conference Wednesday, George, a concealed carry permit-holder “with significant training in the use of firearms,” said he was inside at the check-out line when he heard gunfire near the back of the store.

He said that “considering mine and the public’s safety in the setting of this large store,” his active shooter training kicked in and he knew how to respond.

George and his family attempted to exit the building and said he didn’t draw his gun until he was outside. Day, according to the man, “came past me waving and pointing his gun and exited the building.”

No Comments on "Gun-Owning Pastor Who Shot, Killed Would-Be Carjacker Outside Walmart Speaks Out | FOX News"