Flipboard: Closures, raids of churches, in Beijing, China and several other provinces, were reported as the Chinese government conducted a campaign corresponding with a drive to “Sinicize” religion. The orders also demanded some renounce their faith by signing papers demanding loyalty to the officially atheist Communist Party. 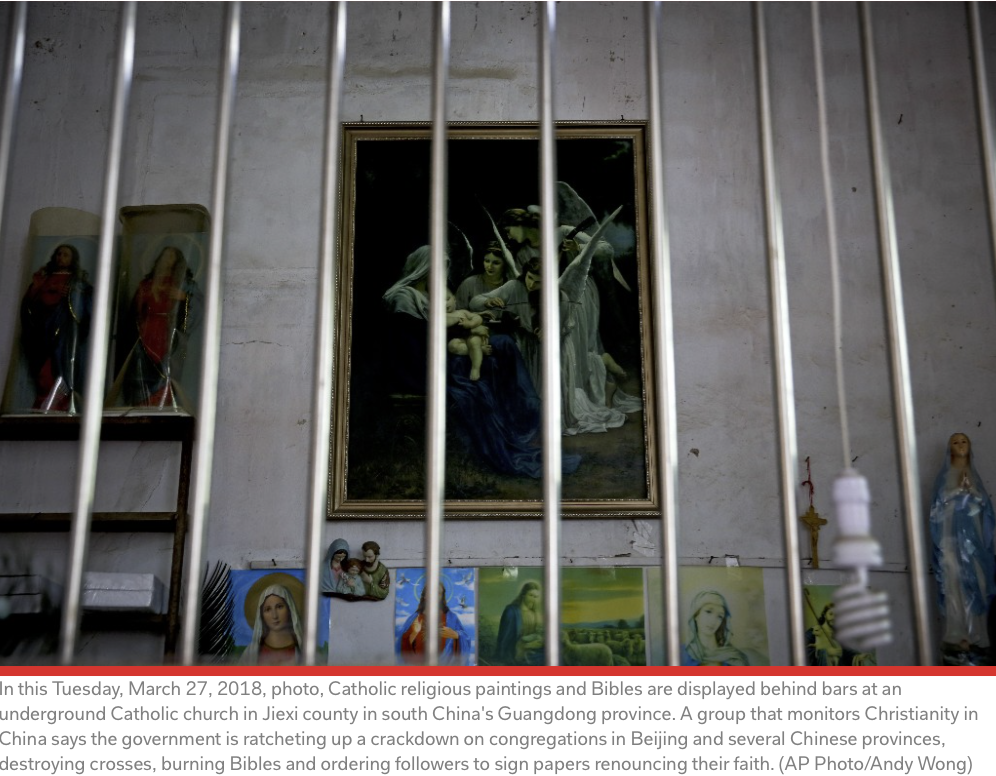 Bob Fu of the U.S.-based group China Aid said over the weekend that the closure of churches in central Henan province and a prominent house church in Beijing in recent weeks represents a “significant escalation” of the crackdown.

“The international community should be alarmed and outraged for this blatant violation of freedom of religion and belief,” he wrote in an email.

Under President Xi Jinping, China’s most powerful leader since Mao Zedong, religious believers are seeing their freedoms shrink dramatically even as the country undergoes a religious revival. Experts and activists say that as he consolidates his power, Xi is waging the most severe systematic suppression of Christianity in the country since religious freedom was written into the Chinese constitution in 1982.