GREETINGS FROM D.C. that lustrous den of iniquity we’ve grown familiar with ever since Samson walked off with the gates and started agitating Philistines at CNN.

JUST IN – We have four Democrats who said they will boycott the speech tonight. Maxine says you should not even watch it.

A boycott is not bad. What is bad is the disastrous optics we saw when whole platoons of Democrat elected officials scowled and crossed their arms with butts superglued to chairs not once, but four times when good economic news was announced, and polite people clapped.

Media will try to spin the story tonight, but it’s hard to spin the visual imagery of hostility. The American people don’t follow things that closely but when they do look (like tonight) they want to see fair play. The odds favor Trump to look like he’s trying to win for his ego AND America. His opposition runs the risk of looking like they just disagree for the sake of being disagreeable. And that will score points for the President.

A reporter for FOX wrote: “Rep. Alexandria Ocasio-Cortez (N.Y.) invited the activist who shouted down former Arizona Sen. Jeff Flake over his support of Brett Kavanaugh.” (This was that famous “look at me” activist moment in the elevator.)

“New Jersey Rep. Bonnie Watson Coleman’s guest will be an undocumented immigrant who was fired from Trump National Golf Club, and Oregon Sen. Jeff Merkley has invited a Guatemalan mother and daughter who separated for two months after being denied asylum in the United States.”

Trey Gowdy implored the president not to pay attention to the disrespect.

If the Prez wants to push back, all he needs to do is have seats occupied by two grieving couples, parents whose children were killed at the hands of illegals who got past our imaginary wall of protection. And for good measure, he should showcase the grieving widow of the officer shot by an illegal in California. That image Trumps a fired illegal groundskeeper from a Trump hotel. (Who is still here, schmoozing with the opposition party.) 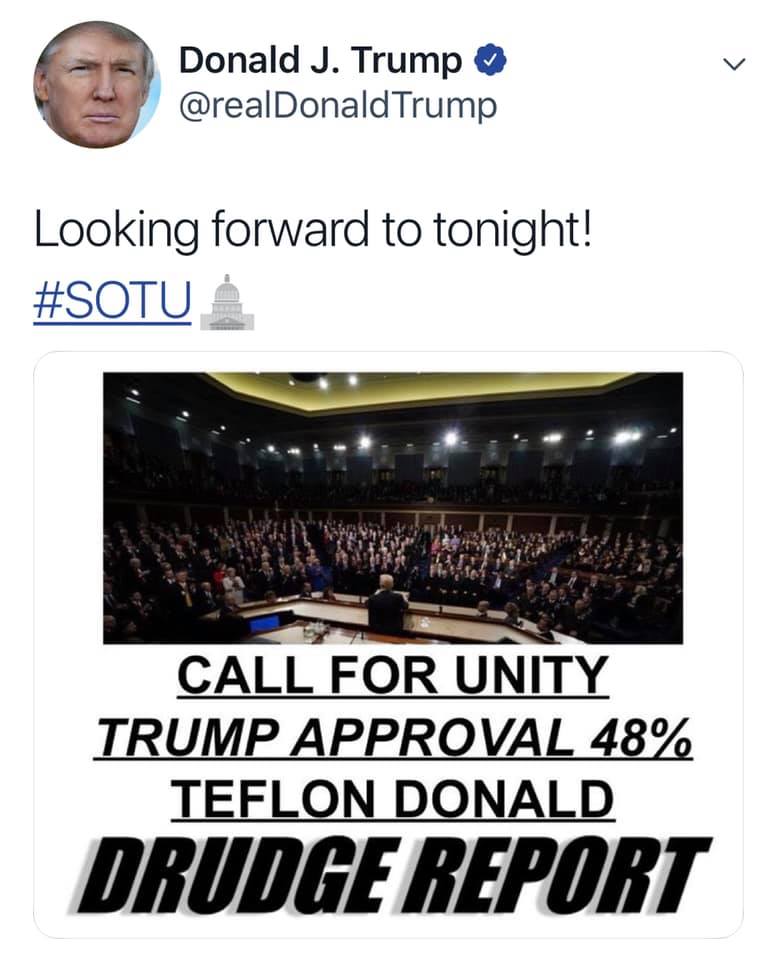 No Comments on "Greetings From D.C."