FOX News: During today’s hearings, R-S.C. Trey Gowdy had strong words towards Deputy Attorney General Rod Rosenstein. Rosenstein responded saying that nobody should “draw any conclusions” beyond the charges filed. Meanwhile Rosenstein was grilled repeatedly by House Republicans over everything from his department’s role in Trump campaign surveillance to alleged stonewalling of congressional document requests to the damning watchdog report on FBI conduct during the Clinton email probe. 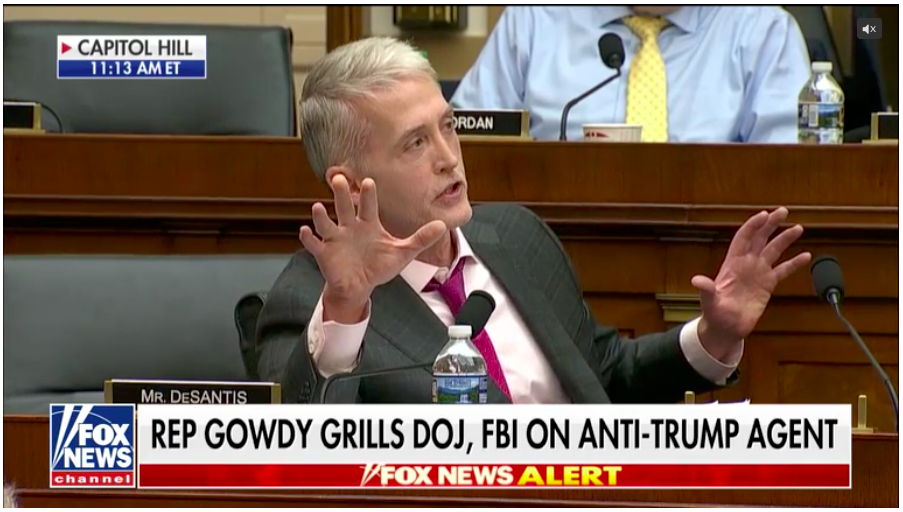 At the hearing, Gowdy, R-S.C., spoke to frustration over the protracted Russia investigation that Rosenstein oversees, suggesting that despite a host of charges against Trump-tied figures, the investigation has not found evidence of presidential wrongdoing.