The Hill: In an appearance on ABC’s “This Week”, Rudy Giuliani explained how he’s advised President Trump regarding the ongoing Cohen investigation. Michael Cohen is under investigation in New York’s Southern District, reportedly for bank fraud and campaign finance law violations. 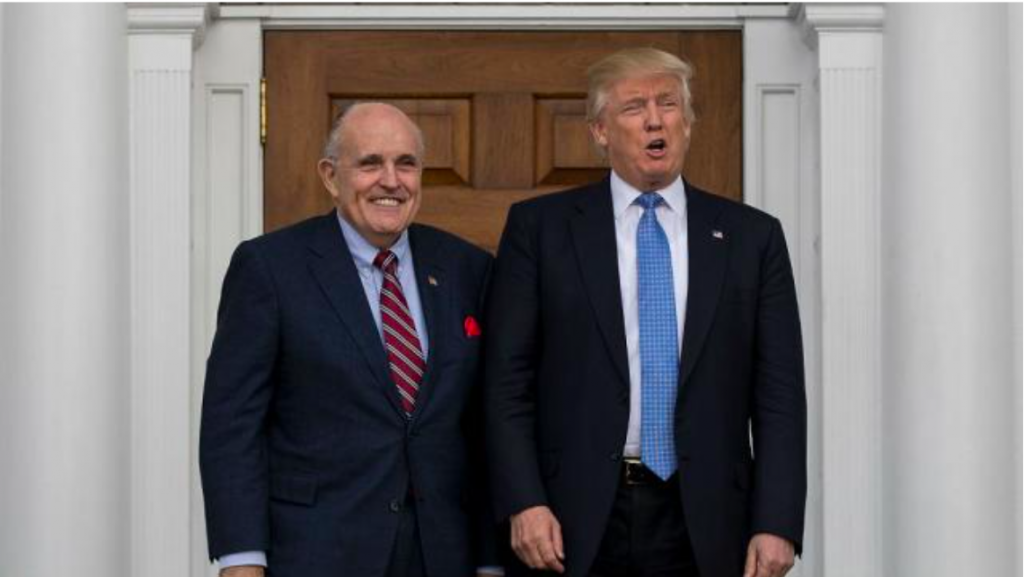 Cohen raised speculation last week that he might cooperate with federal investigators and “flip” on Trump after he told ABC News that his “first loyalty” belongs to his family and country, not the president. Cohen also is undergoing a change in his legal team. He hired former Clinton White House aide Lanny Davis to represent him.

Source: Giuliani Says He’s Advised Trump Not To Pardon Cohen: ‘That’s Something You Can Decide Down The Road’ | The Hill

No Comments on "Giuliani Says He’s Advised Trump Not To Pardon Cohen: ‘That’s Something You Can Decide Down The Road’ | The Hill"