Newt Gingrich shared his perspective during an interview on Fox & Friends regarding the New York Time’s “1619 Project.” Gingrich, who is also a historian, shared how the left has moved from the Russian collusion narrative to racism and is what we will hear for the next two years. 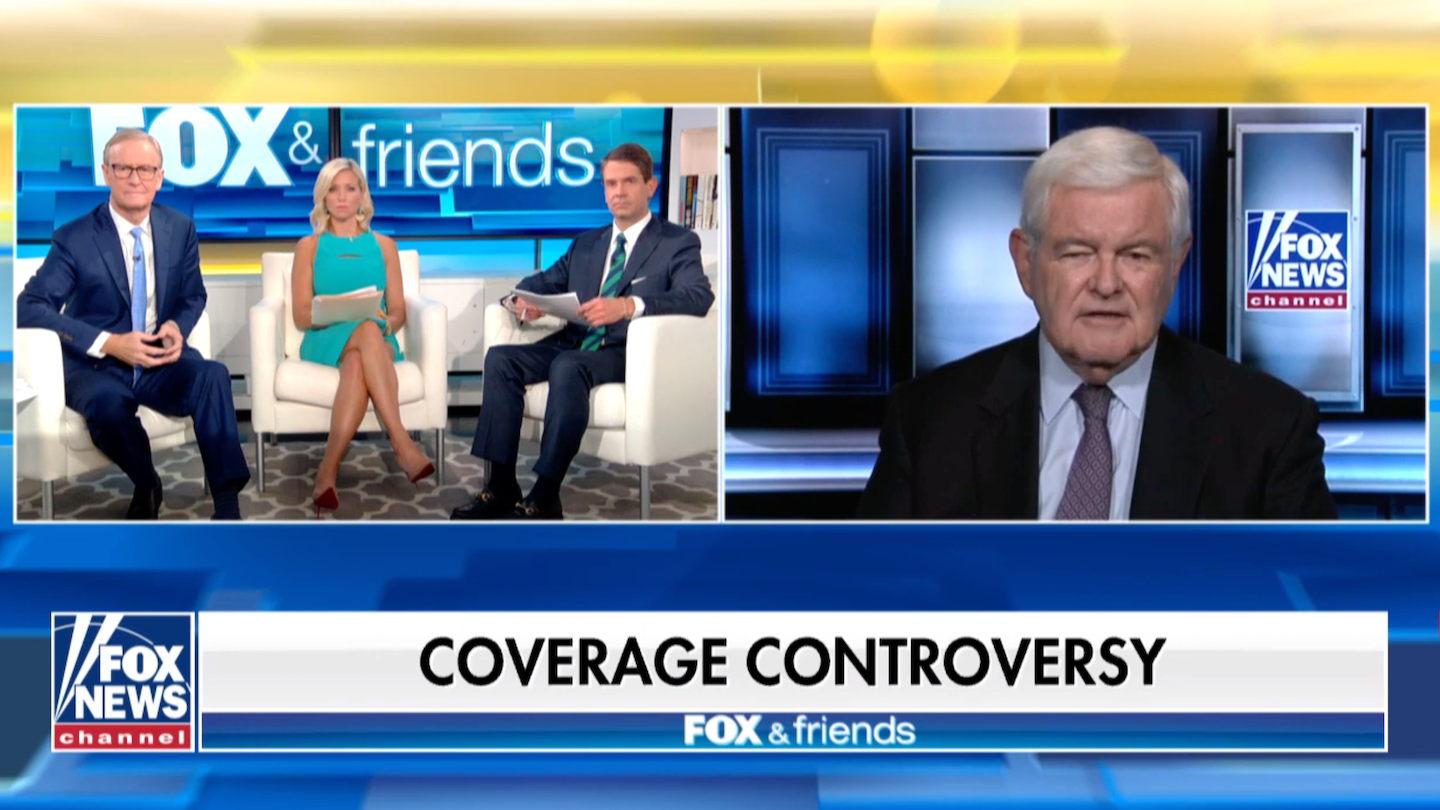 But, if you saw the recent leaked interview town hall meeting with the New York Times editor, he basically said, look, “We blew it on Russian collusion, now we’re going to go to racism, that’s our new model, the next two years will be Trump and racism.”

No Comments on "Gingrich: “Propaganda” For NYT’s “1619 Project” To Claim American Revolution Was About Protecting Slavery"