Here is what Trump did to build back our economic momentum. It’s not complicated. And this is in itself frustrating. This ought to be as understandable as 2 + 2 = 4.

No other economic theory holds a candle to Free Enterprise.

CHRISTIANS NEED TO UNDERSTAND THIS and PROTECT THIS.

Here’s what a wise man wrote:

Economics does not have to be confusingly complex. It can be, but this doesn’t need to be. We proved this in the 1980s. Ronald Reagan did this exact thing and sustained it for what ended up being 20 years, extended all the way through the nineties to the degree that Bill Clinton was able to take credit for it, because the media was willing to let him have it since they had done their best to revise history in the eighties and claim that Reagan had nothing to do with this.

This so frightened the left and the Democrats, they immediately had to start lying about it and revising history and claiming that this did nothing but raise revenue for the rich, that the poor got poorer, that the income gap continued to widen. None of it was true. But they kept pummeling it and kept pummeling it for a number of years that it simply became what everybody thought was true. And, therefore, whenever the idea of tax cuts surfaced from the Republican Party here came the media claiming, “It’s just a tax cut for the rich. It’s nothing more than a tax cut for the rich.” And it became very difficult to do them.

What Donald Trump has done is simply reinstitute or reinstate similar policies that happened in the 1980s. I’m not trying to take anything away from Trump. Quite the contrary. Trump deserves a monumental amount of credit for having the fortitude to do this against all of the opposition, against all the collected media disinformation and propaganda. But the reason I say that it’s as simple as two plus two equals four is because it is.

You have an economy. A portion of the economy is called the private sector. That’s you and me, where we work, what we buy, multiplied by all of the citizens in the country doing that. The other side of it is the government. The government’s a certain percentage of our economy as well. The more money that government takes away from the private sector, the smaller the private sector gets. In this situation, it is a zero-sum game.

So when the government gets bigger, when the government takes over health care, when the healthcare industry was a private sector concern, and people were paid by virtue of their work there, and profits were made by virtue of decisions there, money was lost by virtue of decisions. But whatever, it was taking place in the United States economy, the private sector.
So here comes Obama, as an example, taking it over. He basically stole one-sixth of the U.S. economy and put it under the control of the government. It was called Obamacare. Well, by doing that — just that alone — the economy gets smaller, and there are fewer opportunities for jobs in that economy. More people continued to lose their jobs as the government took over private sector operations, and this was just a one-off.

The government’s been doing this off and on for years, subsuming parts of the private sector. In addition to all that, these nameless bureaucrats who were unelected, working in all the federal bureaucracies were writing new regulations on human behavior and what you could and could not do without this permission there. All of it put on an economic strain. It limited the flow of capital. It restrained people spending money on innovative-growth ideas, exactly as it was designed to do.

Individual citizens working in their own self-interest is a far better circumstance than the government trying to deny people an opportunity here or there or limiting economic activity. Trump also instituted a massive program to deregulate much of the regulatory infrastructure that had become blocking and punitive and so forth. So by the time the Trump tax cuts were… This has happened really rapidly, too, folks. These tax cuts are not that old.

So people get hired, and therefore there are new taxpayers. People are coming off the unemployment rolls at a rapid rate. The number of people who have not been working for a number of years? That’s coming down as well. So now all of these people are now paying taxes. And so government revenues are growing while the private sector is growing at the same time, and it’s because there are more people paying taxes even though everybody’s paying less. This works every time it’s tried. It’s the same as 2 + 2 = 4.

So the economy is growing great guns. More people are working than ever before. Black and Latino unemployment are at a record, all-time low. There’s literally nothing about this to oppose if you believe in the principle that people should keep the majority of what they earn and that when that happens, it’s good for everybody. It’s simple morality and a reorientation of the belief that the U.S. economy hums much better the less it’s hampered and the less it’s regulated by the federal and state governments, and it’s just exactly what’s happening here.

This 4% GDP is exactly what should happen based on the policies that Trump implemented. Deregulation, which allows capital money to start moving around in creative and innovative ways. People are earning more, getting increases, getting bonuses, paying less in taxes. More disposable income, meaning there’s more commerce. There are more goods and services that people are accessing and buying; the people who sell those goods and services are doing better because people are buying their products and services.

It’s a self-feeding growth formula, and it works every time it’s tried. There’s nothing accidental. There’s nothing coincidental here, and there’s nothing really magic. It’s just plain old 2 + 2 = 4 common sense. What you need to know is the Democrat Party’s hell-bent on stopping it. The Democrat Party is hell-bent on you believing that something here is wrong and it’s really only the rich that are benefiting, and you’re getting screwed no matter what your paycheck looks like. No matter how happy you are, no matter what your content level is, you are getting screwed.

The experts are now saying, “We can’t sustain 4% economic growth! This is not possible. It’s not possible to get this. This has to be because of soybeans.” They’re saying this is unsustainable; they’re very worried about the next report. The next report on the gross domestic product is due 11 days before the November elections, and they are going to be biting their nails and sweating bullets waiting for the next GDP report because it can go higher.

It can hit 5%. It can hit 6%, too. This is entirely possible. This is the United States of America. There’s no doubt it can hit 6% if the current policies remain in play and are not reversed or rolled back like the Democrats are promising to do. Elizabeth Warren and her buddies are promising to raise your taxes back up to 50% if they get elected.

The guy who wrote all this is Rush Limbaugh. He’s been branded by the Left in popular culture as an opinionated primate, in truth he is a secular prophet in all things liberal, which is pretty much all things today. 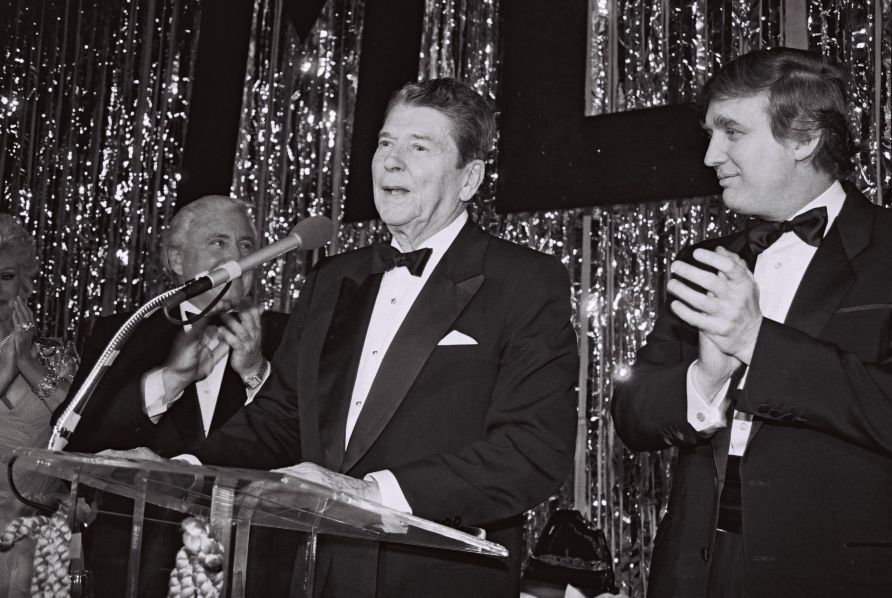 No Comments on "GET YOUR ECONOMICS BLACK BELT IN 4 MINUTES"