The Blaze: George Soros was recently interviewed by the New York Times which had some surprising commentary. Soros stated his disappointment with the former President Barak Obama. Soros assistant who was present during the interview immediately encouraged him to clarify his statement. He also went on to share his perspective on U.S. politics, and stated he doesn’t “particularly want to be a Democrat.” 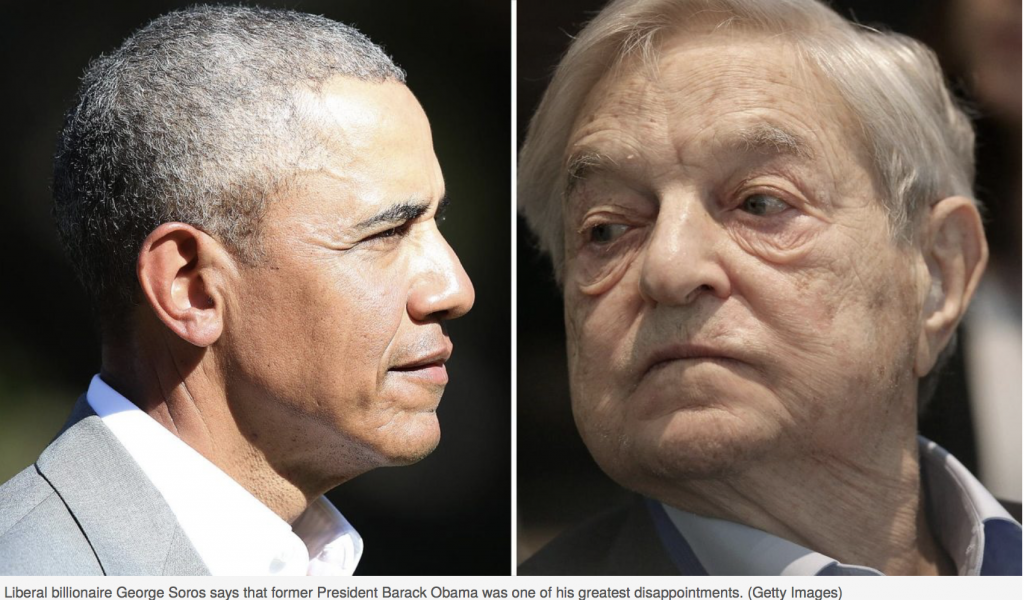 “He closed the door on me,” Soros said of Obama after he was elected as president. “He made one phone call thanking me for my support, which was meant to last for five minutes, and I engaged him, and he had to spend another three minutes with me, so I dragged it out to eight minutes.” He added, “[Obama] was someone who was known from the time when he was competing for the editorship of The Harvard Law Review to take his supporters for granted and to woo his opponents.