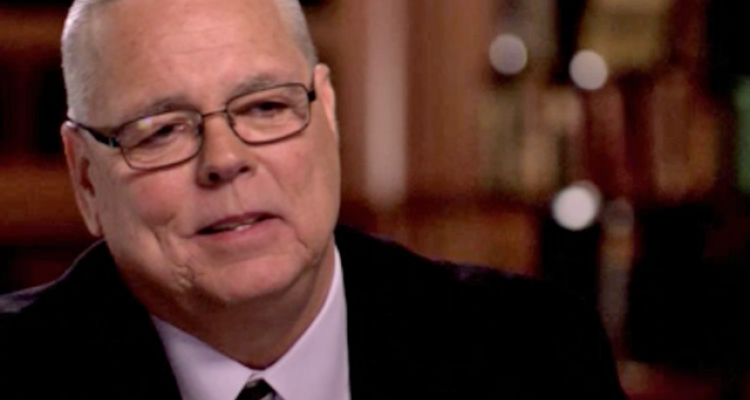 Former Broward County deputy Scot Peterson, who was labeled a coward for refusing to enter Marjory Stoneman Douglas high school during the parkland shooting, was arrested yesterday on multiple felony and misdemeanor charges.

This was the result of new Broward Sheriff Gregory Tony’s internal investigation on how seven deputies reacted to the tragedy. The Broward County Sheriff’s office released the below statement:

“Today, as a result of the continuing internal investigation and disciplinary process, Broward County Sheriff Gregory Tony officially announced the termination of two deputies who were found to have neglected their duties. The two are former deputy Scot Peterson and Sergeant Brian Miller. The deputy and Sergeant were found to have neglected their duties at MSD high school. They have been terminated and will no longer be privileged to serve as law enforcement deputies for the Broward Sheriff’s office.

Subsequent to an administrative discipline hearing at BSO headquarters this afternoon, former deputy Peterson was taken into custody on multiple felony and misdemeanor charges and booked into the BSO main jail.”

Peterson was arrested on seven counts of neglect of a child, three counts of culpable negligence and one count of perjury. The Florida Department of Law enforcement (FDLE) who arrested Peterson said if convicted, Peterson faces a maximum sentence of 96.5 years in state prison. They went on to add:

“The investigation shows Peterson refused to investigate the source of the gunshots, retreated during the active shooting while victims were being shot and directed other law-enforcement who arrived on scene to remain 500 feet away from the building.

During the investigation, FDLE agents interviewed 184 witnesses, reviewed countless hours of video surveillance, and wrote 212 investigative reports, totaling more than 800 hours of investigation on the case to determine the actions of law enforcement as they responded to the February 14, 2018 school shooting. The investigation received the full cooperation and assistance from the Broward County Sheriff’s office, Coral Springs Police Department and all other agencies that responded to the school shooting.”

Andrew Pollack, whose daughter 18-year-old Meadow Pollack was killed in the MSD high school shooting tweeted this when he heard the news:

Justice is finally being served.

Former Broward County Deputy Scot Peterson has been arrested for doing NOTHING to help my defenseless daughter and her classmates.

No justice would have been served if ⁦@RonDeSantisFL⁩ wasn’t elected governor! https://t.co/JLrDydEuU3

Why Did It Take Two Weeks To Discover Parkland Students’ Astroturfing?

This situation that happened at Parkland has been nothing short of a travesty. As time...More

The problem with the screeching left is that it rants against the harvest it’s own...More