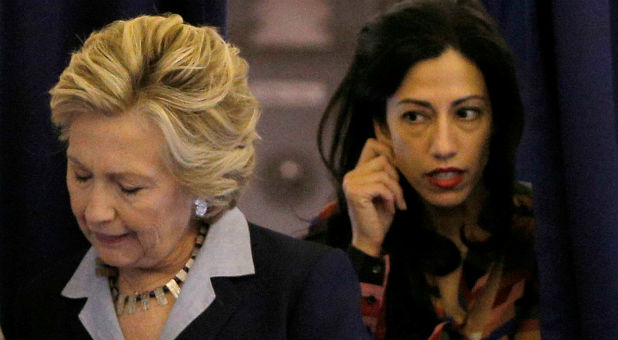 Eleven days prior to the election the FBI acted in confirmation of what Donald Trump prophesied.

I’ve said all along that Mr. Trump is uncannily prophetic! He calls it “instincts.” I introduced this in my book God’s Chaos Candidate and listed several instances when he predicted things before they happened. This is the kind of executive acumen we need in the coming chaos that is coming to America.

Trump predicted that Anthony Weiner would expose all the Hillary secrets to the world.

Here’s what he said on social media in August!

In fact, back in 2013, he said that “Huma should dump the sicko Weiner” because he’s “a calamity that is bringing her down with him.” He saw the national security implications of Abedin’s close relationship with Clinton.

I wish the Christian community had ears to hear—Trump is a “Cyrus” ruler who is under the anointing of “Common Grace.”

I heard the Lord tell me this after I read about Cyrus in Isaiah 45. The Lord spoke two words: “Common grace … Common grace!” This is a term used by reformed theologians and first introduced to me while reading Chuck Colson. Ever wonder what keeps fallen man from total self-destruction? Common grace comes down upon a fallen world to keep in check the forces of anarchy. It stirs in man the ideals of virtue and justice.

It is the grace that comes upon all (Christian and non-Christian) to help them affirm the good and resist the bad, personally and in institutions. It is the hidden hand of God that works to promote justice and order in a world where selfishness could produce societal collapse. “Saving grace” is what gets you saved and “common grace” is the special influence of God that comes upon man to keep society from imploding.