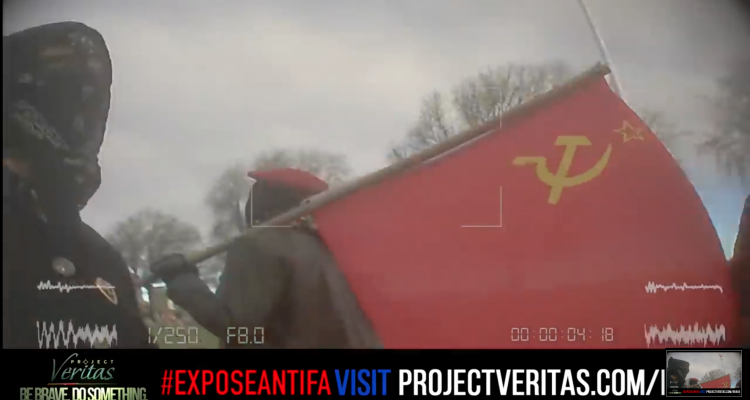 Project Veritas has become known for exposing groups like Planned Parenthood for deceiving the public. Now they have set their sites on Antifa as the group leads riots across America.

In a five minute Exposé, Project Veritas provides footage obtained through an undercover operation. The “Antifa member” takes viewers behind closed doors and exposes the violent nature of Antifa members and how leadership employs violence in their teachings and tactics.

Among the shocking statements caught on video is a leader of “Rose City Antifa” telling members to “hide” how “violent they are.” The leader even encourages followers to employ “eye gouging” saying “it takes very little pressure to injure someone’s eyes.”

Further video evidence shows leadership telling members how to demoralize Trump supporters and encouraging violence as he outlines how to go about “destroying your enemy.”

Project Veritas also exposes the great lengths that Antifa goes through in order to protect themselves from this exact kind of exposure. The leader can be heard saying, “The whole goal of this, right, is to get there and try to do dangerous things as safely as possible.”

The development begs the question, was Antifa planning violence with or without the George Floyd tragedy? That would appear to be the case.

The Department of Homeland Security distributed a memo to law enforcement yesterday warning that they have received credible evidence indicating some of these violent extremists may be seeking the home addresses of police officers to cause them harm.

Attorney General Bill Barr held a press conference today in which he blamed Antifa and other extremists for instigating the violence which has led to the deaths of at least five people so far, including two police officers who happened to be black and innocent civilians.

“We have evidence that Antifa and other similar extremist groups, as well as actors of a variety of different political persuasions have been involved in instigating and participating in the violent activity,” Barr said. “We are also seeing foreign actors playing all sides to exacerbate the violence.”

The only way to ensure Antifa’s extremist tactics don’t cause further death & destruction is for protesters to be vigilant in ostracizing its members who undermine their movement.

Nearly 10,000 people have been arrested since protests and riots began over the death of George Floyd in police custody.

Watch the Project Veritas video for yourself below:

President Trump this morning signed an executive order to make reforms to policing in the...More

No Comments on "EXPOSED: Antifa Infiltrated by Project Veritas, Violence Was Planned (VIDEO)"