Politico: The U.S. Capitol Police arrested Jackson A. Cosko, a former Democratic staffer who worked with Democrat Representative Sheila Jackson Lee, former Democrat Senator Barbara Boxer, and Democrat Senator Maggie Hassan. A bot that tracks changes to Wikipedia pages found the alterations made from a computer on Capitol Hill. Some of the charges in addition to identity theft includes public restricted personal information and witness tampering. 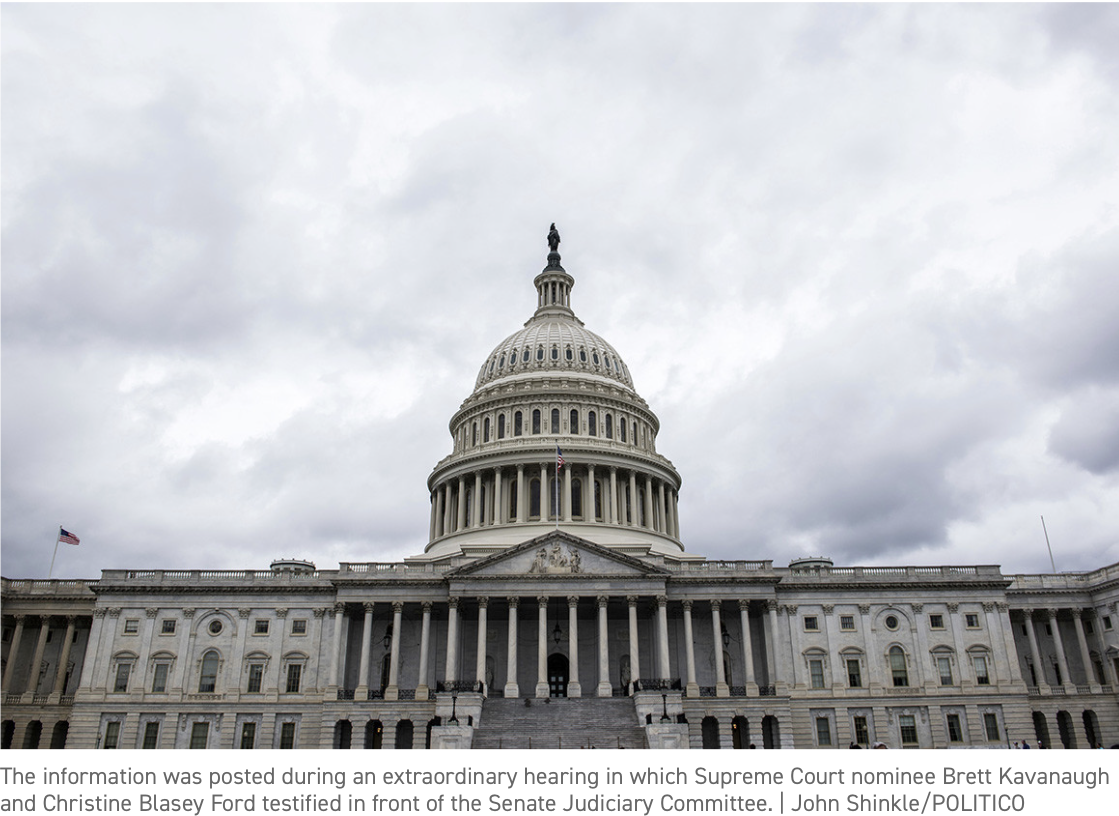 Last week, the Wikipedia pages of Sens. Mike Lee of Utah, Orrin Hatch of Utah and Lindsey Graham of South Carolina were altered to show their addresses, phone numbers and email address. The information was posted during an extraordinary hearing in which Supreme Court nominee Brett Kavanaugh and Christine Blasey Ford testified about Ford’s accusation that Kavanaugh sexually assaulted her in 1982. All three are GOP senators who are supportive of Kavanaugh.