FOX News: After three days, the international team of rescue workers successfully brought out the remaining boys and their coach. Due to the difficulty of the terrain combined with the weather conditions, the rescue itself is being called a “miracle”. Before the final rescue occurred, there was optimism that the dive team was getting more efficient in their attempts. They successfully extracted the second group of four a full two hours faster than the first, officials said. 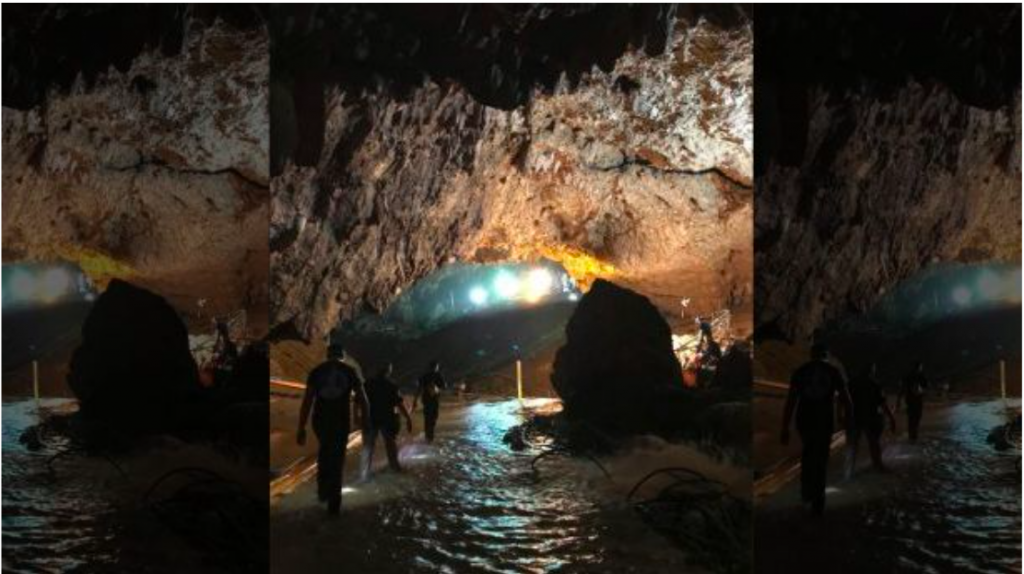 This photo tweeted by Elon Musk shows efforts underway to rescue trapped members of a youth soccer team from a flooded cave in northern Thailand. (Courtesy of Elon Musk via AP)

Earlier in the day, local Thai media reports stated the 11th person emerged from the cave after two other people had been rescued. The conditions of all of those who were saved on Tuesday were unclear.

Chiang Rai Gov. Narongsak Osatanakorn said Tuesday’s intricate and high-risk operation began just after 10 a.m. and involved 19 divers. “We did something nobody thought possible,” he said during a brief news conference after the rescue was complete.