ABC: Australian government leaders had varied responses to President Trump’s strong retort on Twitter to Iran’s veiled threat. Some of Australia’s leaders felt it was a call to war; others believe it to be a strong warning. Others such as Foreign Minister Julie Bishop, have emphasized diplomatic efforts take place with Iran. 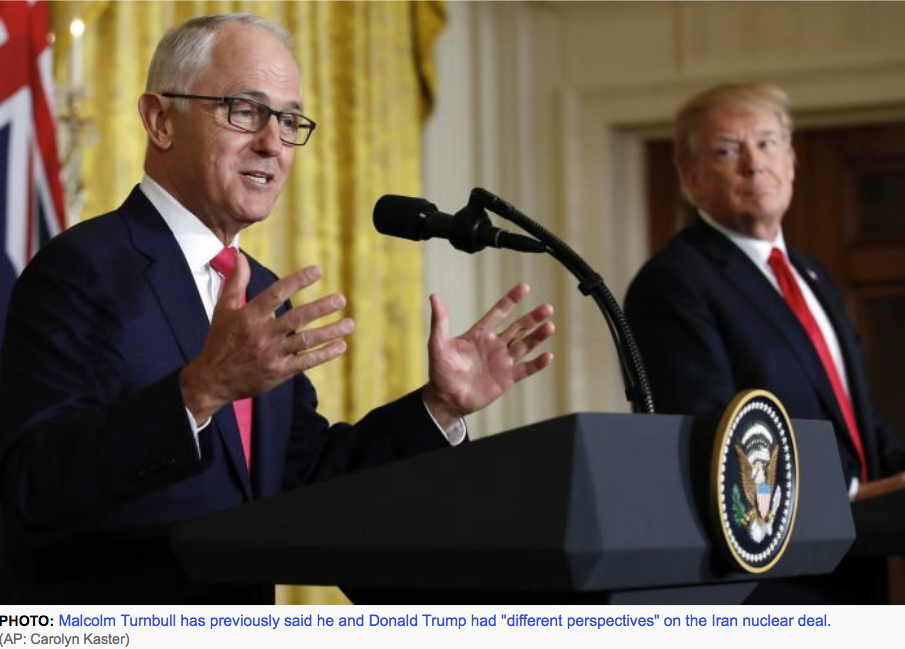 Excerpt from the ABC:

Defense Industry Minister Christopher Pyne, when asked whether Mr Trump’s threats against Iran should be believed, said: “Certainly President Trump has indicated that he’s a person who’s prepared to act in a way that previous presidents haven’t.

US Secretary of Defence James Mattis reinforced America’s hard line on Iran while speaking alongside Ms Bishop, Defence Minister Marise Payne and US Secretary of State Michael Pompeo at the AUSMIN meeting in San Francisco mid-week.

Mr Mattis said Iran had been a destabilising influence throughout the region.

No Comments on "Donald Trump Could Be Ready To Order A Strike Against Iran, Australian Government Figures Say | ABC"