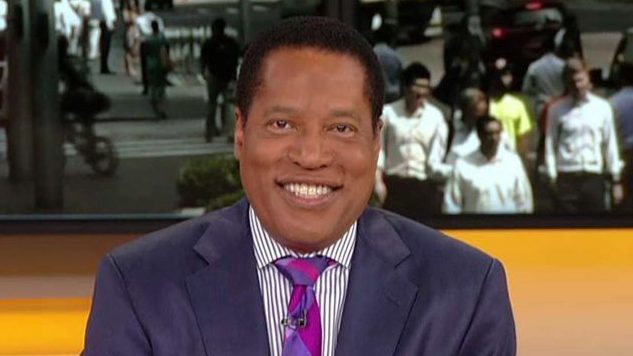 In a recent interview with Breitbart News Editor-in-Chief Alex Marlow, Larry Elder debunks a popular belief held by many. Elder’s film discusses racial segregation after the 1960s and the claim of a “Southern strategy” deployed by the GOP to court white voters.
Elder answers a question regarding the belief that the parties switched regarding the Civil Rights Act. Marlow asked, “Did the Democrats and Republicans just — all of a sudden, overnight — decide they’re going swap places like I’ve been told my whole life?”
Elder replied, saying it was a lie and easy to dispute, advising to look at the Democrats who voted against the 1964 Civil Rights Act. That act was believed to have “tore the relationship between the Democratic Party and the racists; how many of them actually switched to the Republican Party?”

Elder continued, “In the case of the Senate, one did, Strom Thurmond. In the case of the House, one person did. I can’t even recall that person’s name. That’s it, and if you are a white racist and you’re unhappy because of the passage of Civil Rights Acts, you’re going to leave the Democratic Party and join the party where a greater percentage of [its members of Congress] voted for the act that you despised? It doesn’t make any sense.”

Elder covered the history of how Democrats’ have continued a leftward political momentum as a reason the South became increasingly conservative. Elder stated, “The fact is that history is taught by the left. Government schools are dominated, of course, by the left. Hollywood is dominated by the left. The media, as dominated by the left, too, so this message of ‘the switch’ has been unchallenged, has been perpetuated, and now a lot of young people believe it.”

Listen to the rest of the interview here:

The film, Uncle Tom, is described by its producers as “a collection of intimate interviews with some of America’s most provocative black conservative thinkers [that] takes a different look at being black in America.” The film includes voices such as Candace Owens, Brandon Tatum, and others.