Roll Call: Democratic disillusionment with Israel seems to be gaining traction especially as the party keeps moving further and further to the far left. As a result, the support of Israel is taking a hit. This article highlights several components to the divide: the Israeli-Palestinian relationship, BDS — for boycott, divest and sanction, and liberal grassroots — to a lesser extent, the party’s rising national stars — who are much more willing to criticize Israel. 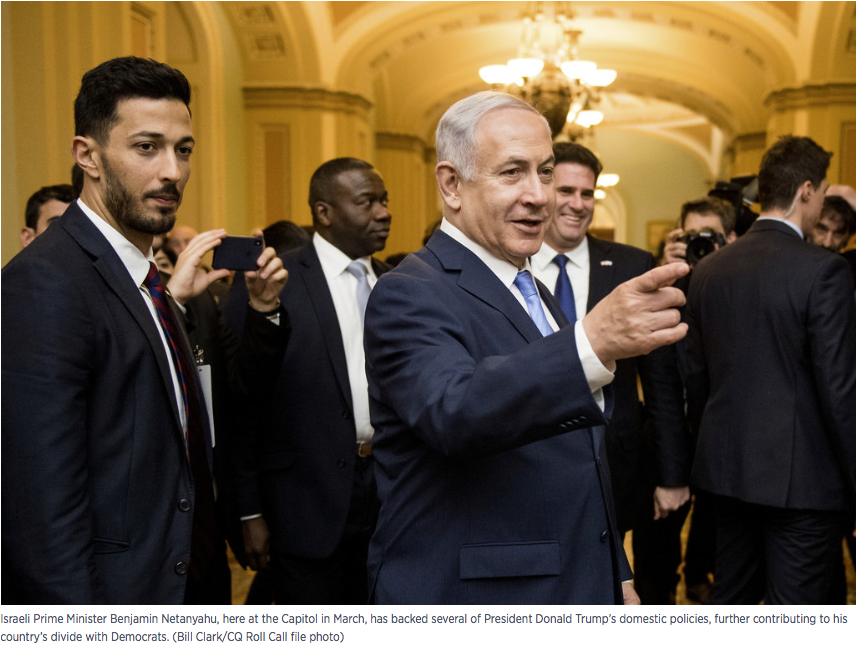 It’s no accident that Democrats’ sharp criticisms of Israeli policies come as the influence of the American Israel Public Affairs Committee — the longtime powerhouse among pro-Israel groups — has waned within the party. More liberals are turning to the left-of-center J Street, which was established a mere 10 years ago and gives Democrats some political cover to oppose Netanyahu’s policies while still backing Israel. Public opinion, meanwhile, is changing. In January, a Pew poll found the widest partisan gap ever between how Republicans and Democrats view the Israeli-Palestinian conflict. Self-described liberal Democrats’ sympathies for Israel have plummeted from 48 percent at the beginning of the century to just 19 percent today. Democrats as a whole are just as likely to sympathize with the Palestinians as they are the Israelis, a marked difference from just a few years ago.