According to some, antisemitism on a global scale can be observed the best at the General Assembly of the United Nations. Many Senior diplomats of countries are active participants at the U.N. A widely accepted definition and practice of such antisemitic actions, which includes the targeting of Israel, was agreed upon by the IHRA (International Holocaust Remembrance Alliance). 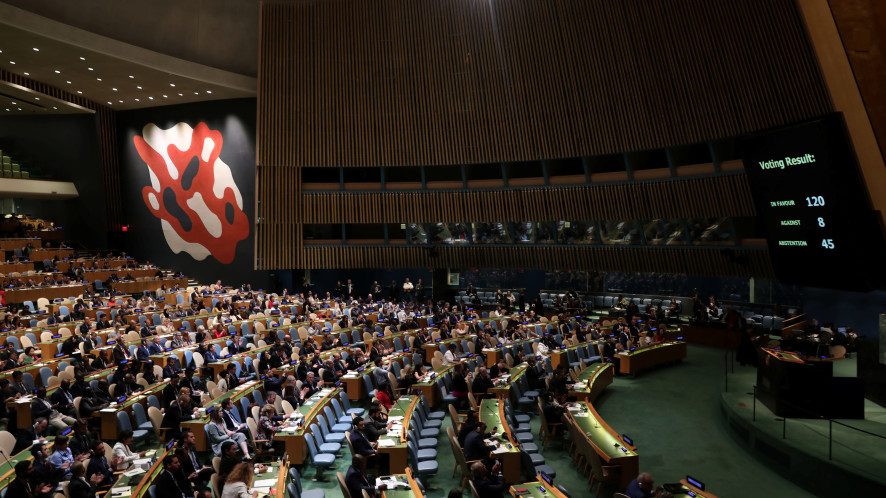 Excerpt:
After the Holocaust and many other huge crimes, the United Nations agreed on the Universal Declaration of Human Rights in 1948. Its first article says: “All human beings are born free and equal in dignity and rights. They are endowed with reason and conscience.” After the Second World War, many Germans and others who had participated in criminal activities claimed that they had followed the orders of superiors. This argument was frequently used by defendants in the post-war Nuremberg trials. The German expression for “an order is an order” – Befehl ist Befehl – became an international expression. The courts did not consider superior orders a valid claim for allowing those who had committed crimes to go free.

Jewish religious law already understood the nature of the issue more than a millennium ago: If somebody charges another to carry out a sin, the messenger who follows these instructions is responsible for the sin he has committed.

No Comments on "DIPLOMATS AT THE U.N. COMMIT ANTISEMITIC ACTS"