New York Post: Dennis Rodman who is one of very few Americans that have met North Korea’s leader broke down weeping in an interview with CNN’s Chris Cuomo. He spoke of how he’d reached out five years ago to Obama after being asked by Kim Jong Un to speak on his behalf, but was brushed off and ignored. He didn’t let that deter him however. He felt quite strongly that he knew something would change and kept going back over and over saying, “the door will open”. Cuomo responded in agreement stating he remembered hearing Rodman saying that. 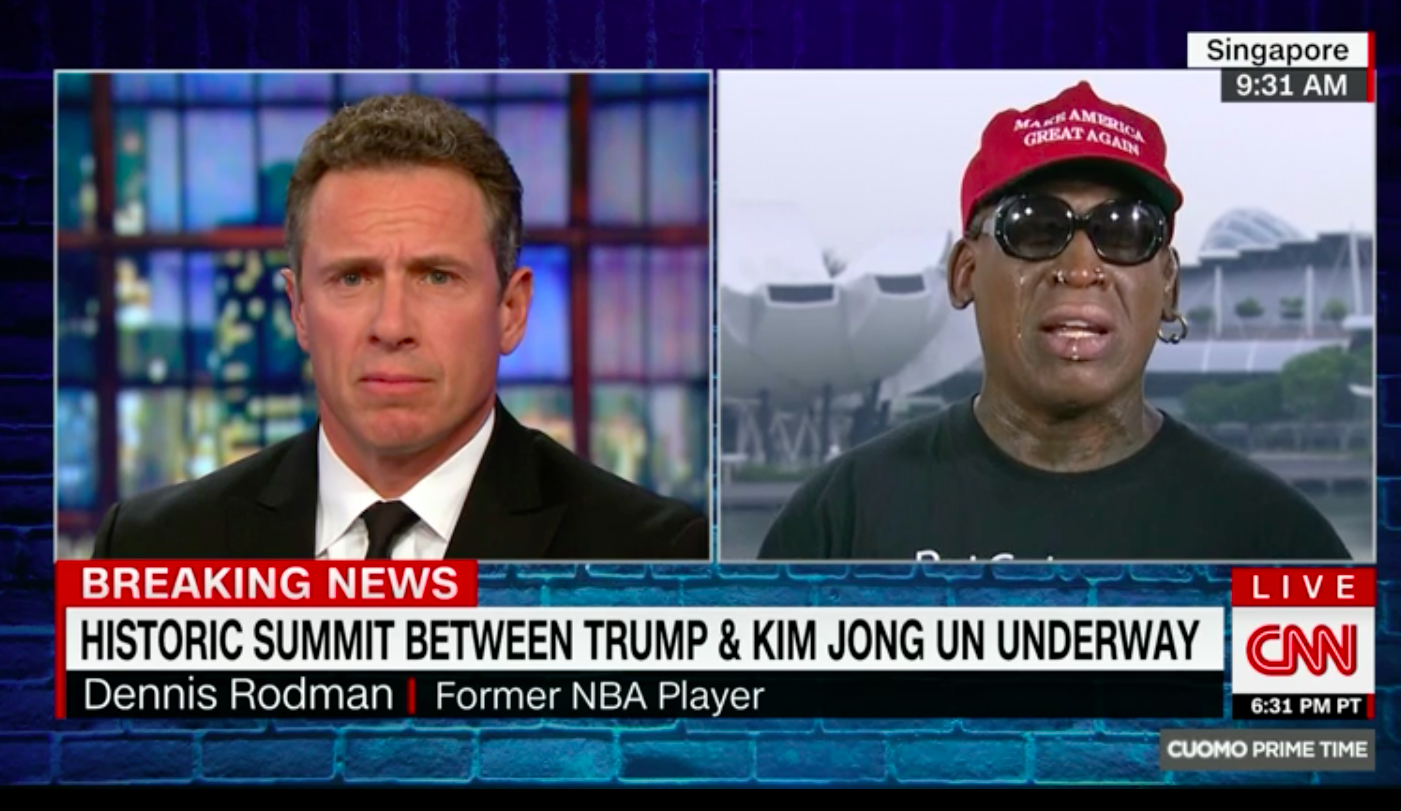 The eccentric former reality television star is one of the few westerners to have spent time with Kim during multiple visits to Pyongyang and the two struck up an unlikely friendship over their shared love of basketball. Rodman also goes back years with Trump and appeared on his “Celebrity Apprentice” show.

In an emotional interview with CNN’s Chris Cuomo, Rodman, wearing sunglasses and a “Make America Great Again” hat, said he had received a call from the White House ahead of Trump’s historic meeting with Kim — the first between a sitting president and North Korean leader.