The Hill: In the Rust Belt states, Ohio, Pennsylvania, Michigan, and Wisconsin, Democrats are pushing to take back territory where they lost votes in 2016 to Trump. Winning those seats is crucial to the party if they want to get the 23 seats it needs to flip the House. According to some polls, the Democrats have several advantages on their side, which includes Trump. 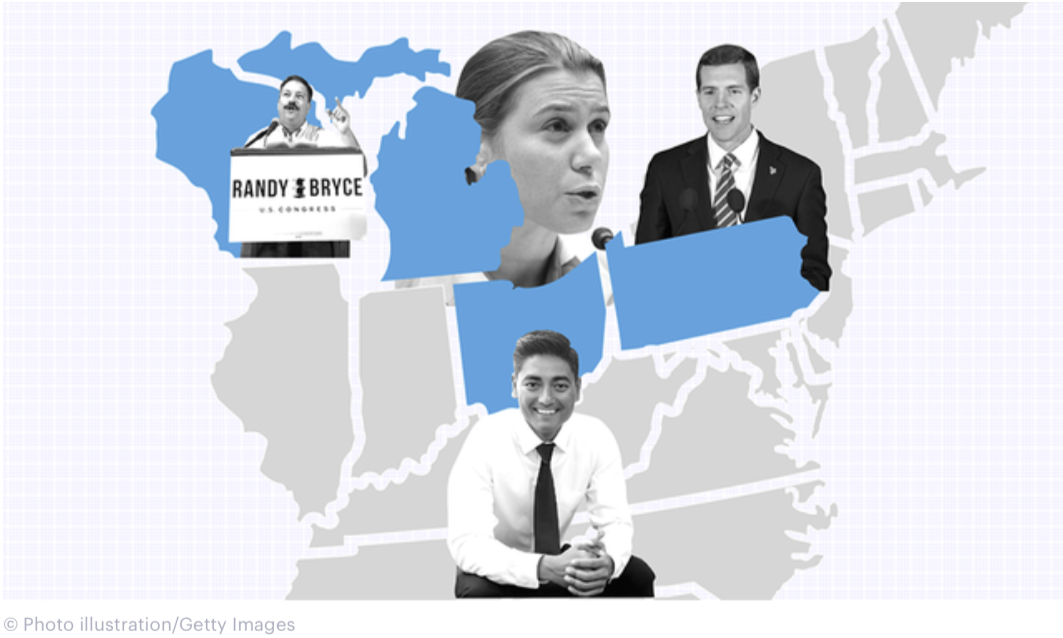 Meanwhile, the Democratic Congressional Campaign Committee (DCCC) and House Majority PAC have spent a combined $2.2 million in the Lansing and Detroit media markets.

Still, it won’t be easy. Democrats face a bigger uphill battle in flipping a few other Michigan targets, including the seats held by GOP Reps. Jack Bergman, Tim Walberg and Upton. While Democrats are excited about the candidates they’ve recruited for those seats, all three are rated “likely Republican” by Cook Political Report.

Democrats also appear poised for a good night in Pennsylvania, where a landmark ruling from the state supreme court redrew districts throughout the state, giving Democrats strong pick-up opportunities this fall.

Democrats feel good about Rep. Conor Lamb (D-Pa.), who won a deep-red seat in a March special election, winning a newly created seat. But others like Rep. Brian Fitzpatrick’s (R-Pa.) seat in the Philadelphia suburbs could become a bigger challenge for the party to flip.

Wisconsin has emerged as another top battleground, one that will feature a slate of tougher races.