FOR THE RECORD…. the title of the book is “FEAR- Trump in the White House.”

Forget that Trump moved North Korea back five spaces on nuclear confrontation, or that he called out Iran for its malevolent shadow funding behind four terror fronts targeting Israel and our Middle East allies. Or that he has achieved the lowest unemployment with the highest growth in 14 years, or that he moved our embassy to Jerusalem and inspired 15 other countries to follow suit.

Forget all that because the Leftist media is under the influence of a dark spirit of bitterness and resentment. They hate Trump and are hell-bent on stopping his frightful march lest he continues to set back their Obama era hopes of redefining and “fundamentally transforming” America leftward.

The author, Woodward, is famed for his coverage of the Watergate scandal that led to President Richard Nixon’s resignation. That was the glory days of print media, and they long for a return to this moment. They are shocked that Trump dares defy their High Priestly office and accuses them of being “fake news.” Woodward is their patron saint. He has written or co-authored 18 books including probes into George W. Bush and Barack Obama’s presidencies. These books, including “Obama’s Wars” about the President’s handling of wars in Iraq and Afghanistan and “State of Denial: Bush at War” about the waning years of Bush’s administration, have been liberal (and hence debatable) works of journalistic passion.

This is the follow up to the last attack book “Fire and Fury” which they hope to combine with other fires like the bizarre Russia probe, Stormy Daniels, Michael Cohen and Supreme Court protests.

They dream of turning the country against Trump like they did driving Nixon to impeachment and George W. Bush from 86% positive poll numbers to the low 20’s, paving the way for a return to power.

The toxicity that dominates Hollywood, Media, Academia, and Politics is irrational. I think it’s spiritual. Extreme fear and spiritual hostility of this sort are what the New Testament calls – demonic. And in this case, it is rooted in fear of what is in the White House, or rather WHO is in the White House. It isn’t Trump possessed by irrational fear – it’s the Left. 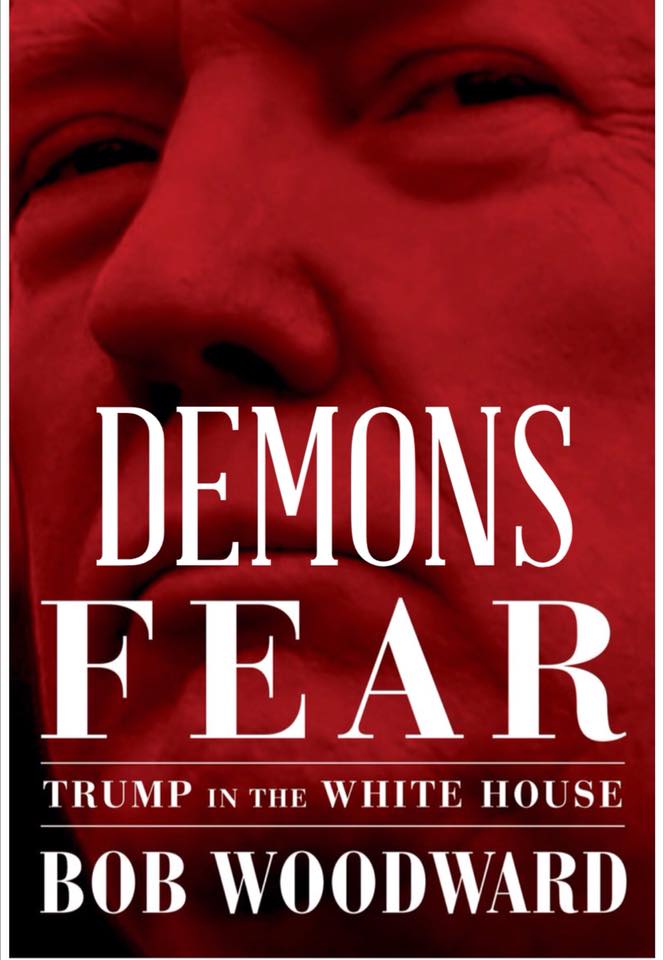 No Comments on "Demons FEAR- Trump in the White House"