Democrats are voting today to overturn President Trump’s emergency declaration. The Democrat Party has made this their top priority since the president issued the decree allowing him to access federal money to build a border wall. Just before the vote, the House Democratic leadership accused President Trump of trampling on the Constitution, criticizing his decision to use other funds to support his plan. 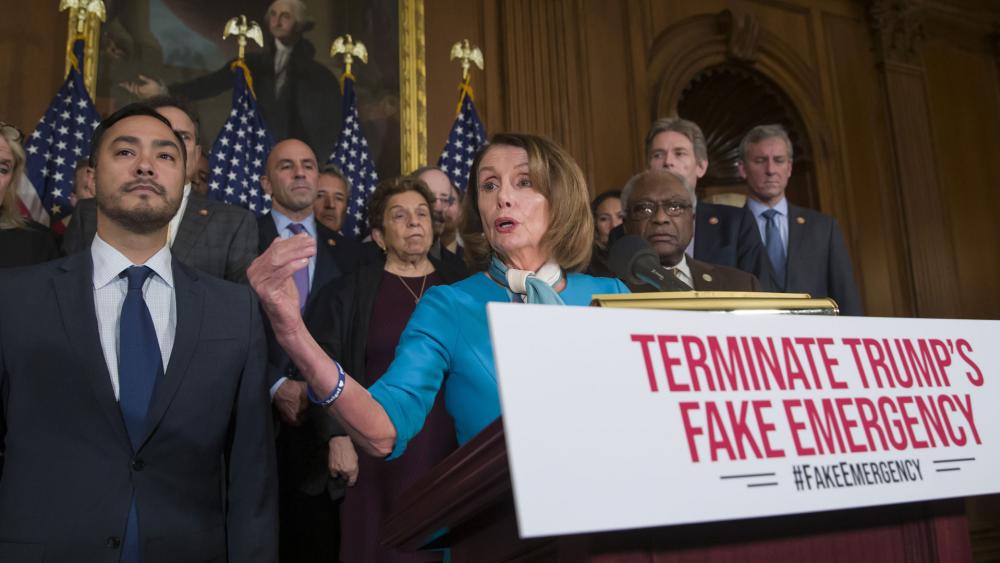 Some Republicans have also questioned President Trump’s right to utilize a national emergency to build the wall. Some conservatives are concerned that a measure to overturn Trump’s declaration will also pass in the Republican-controlled Senate because multiple Senate Republicans have defected.

GOP Sens. Thom Tillis (R-NC), Susan Collins (R-ME), and Lisa Murkowski (R-AK) have indicated they will vote to block Trump’s order. Tillis stated Monday that Congress must protect its “power of the purse,” arguing a future Democratic president might abuse the power to advance “radical policies.” Only a handful of GOP defectors are needed for the bill to pass.