A growing concern is rising among Democrat leaders regarding their pro-migration policies for the massive Central American migration at the southern U.S. border. Democrat leaders are worried that it could affect swing voters in the next election. 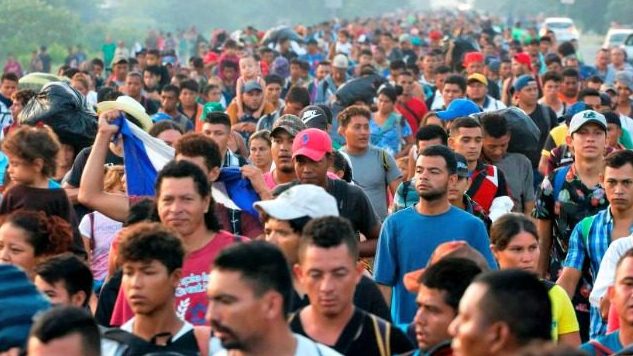 Central American migrants walking to the U.S. start their day departing Ciudad Hidalgo, Mexico, Sunday, Oct. 21, 2018. Despite Mexican efforts to stop them at the border, about 5,000 Central American migrants resumed their advance toward the U.S. border early Sunday in southern Mexico. Their numbers swelled overnight and at first light they set out walking toward the Mexican town of Tapachula. (AP Photo/Moises Castillo)

This policy of inflating the labor supply boosts economic growth for investors because it ensures that employers do not have to compete for American workers by offering higher wages and better working conditions.

This policy of flooding the market with cheap foreign white-collar graduates and blue-collar labor shifts enormous wealth from young employees towards older investors even as it also widens wealth gaps, reduces high-tech investment, increases state and local tax burdens, and hurts children’s schools and college educations. It also pushes Americans away from high-tech careers and sidelines millions of marginalized Americans, including many who are now struggling with fentanyl addictions.