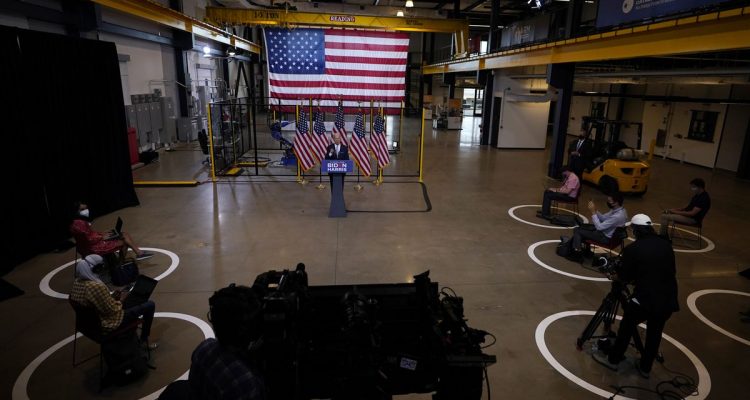 Joe Biden, Kamala Harris and their allies in the mainstream media have downplayed violent rioting in Democrat-run cities for months, but they are changing their tune now as President Trump hammers them for their complacency and the polls begin to reflect public fears.

“Mostly peaceful protests” is a term we have heard ad nauseam for months despite the loss of life which have come as a result of rampant looting, rioting, and wanton violence in American inner-cities but the Left is now backpedaling as public opinion has turned against them.

The first sign of this pivot came from CNN’s Don Lemon who told his colleague Chris Cuomo that the riots are “a blindspot” that need to be addressed by Joe Biden saying in part, “The rioting has to stop… it’s showing up in the polling!”

It appears that Joe Biden got the memo, especially after a Trump supporter was gunned down execution-style over the weekend in Kenosha, Wisconsin. He tried, or one of his staffers, to walk-back his earlier dismissal on Twitter writing the following:

“The deadly violence we saw overnight in Portland is unacceptable. Shooting in the streets of a great American city is unacceptable. I condemn violence of every kind by anyone, whether on the left or the right. And I challenge Donald Trump to do the same.”

His running mate Kamala Harris echoed the new messaging campaign tweeting, “I join @JoeBiden in condemning this violence. This can not—and must not—be who we are. Americans deserve a president who will heal our country and bring people together—not fan the flames of hate and division.”

Retired Secret Service Agent and conservative media figure Dan Bongino had one of the best responses as he replied, “We needed you to speak up BEFORE THE CITIES BURNED.”

Biden publicly spoke on the violence during a speech in Pittsburgh on Monday where he also tried to push back on the Trump campaign’s push to label him “a trojan horse” for the far left posing the question, “Do I look like a radical socialist with a soft spot for rioters?”

He followed that up by trying to blame President Trump for the rioting, claiming he has “fomented” the violence before someone wrote on his Twitter account, “Does anyone believe there will be less violence in America if Donald Trump is reelected?” Conservative media figure Buck Sexton decried the question as a threat by replying, “Nice country, America. Be a shame if something happened to it if you don’t elect me.”

During his attempt to reimagine the Democrat Party’s narrative on rioting, the former Vice President appeared incapable of completing a particular sentence as he butchered some COVID-19 statistics which he was trying to read off a teleprompter.

Watch the epic slip-up for yourself below:

Democrats want to get this man the nuclear codes ASAP https://t.co/iWKHx04e0Q