The Blaze: CNN interviewed some Democrat voters in Florida asking for their assessment whether Hillary Clinton was helping their candidate, Andrew Gillum. Reactions from the voters included comments saying they don’t trust her, commented on her post-2016 Presidential election actions, calling it self-indulgent, wanting to debate the outcome of that election continuously. 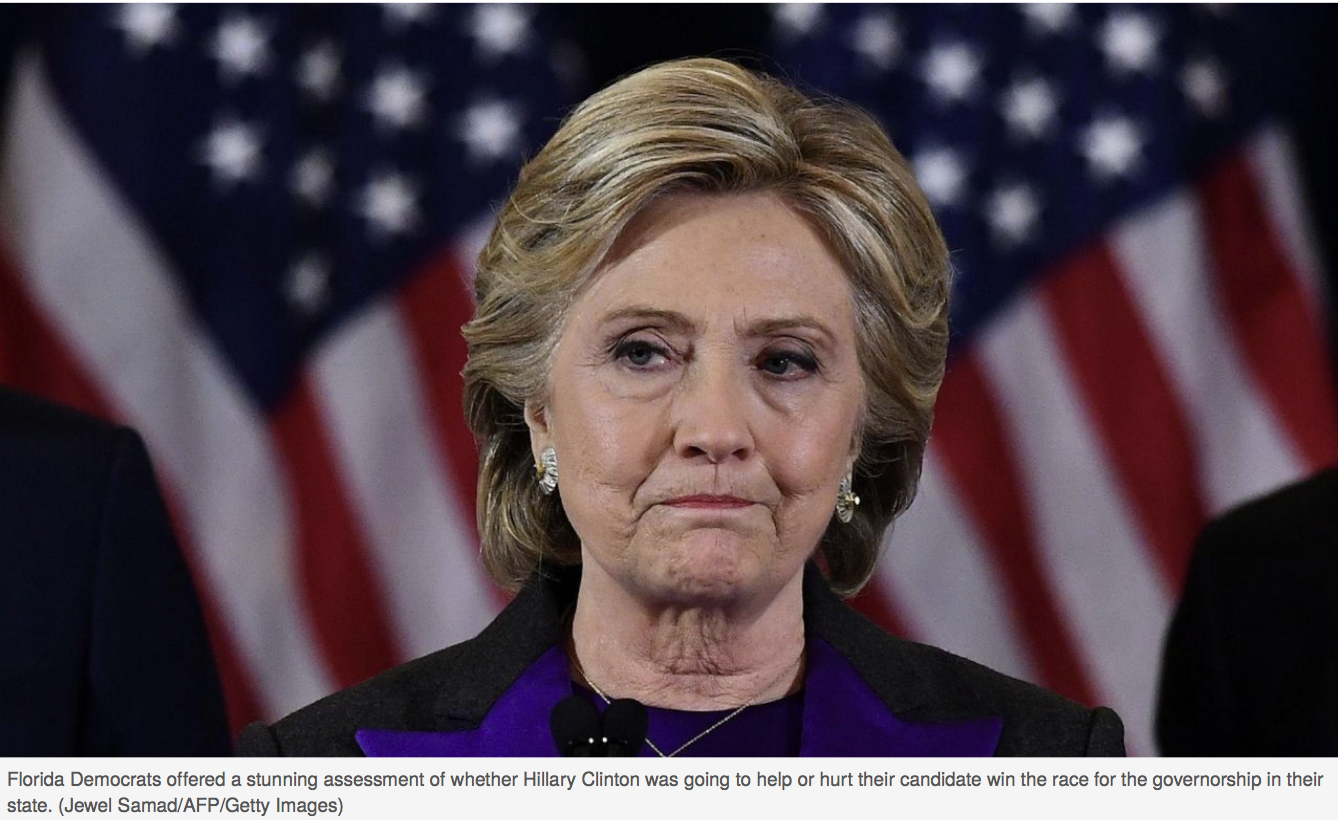 “We’re in 2018. Times up, me too,” she said, naming sexual harassment movements, “Harvey Weinstein unleashed, you know, a generation long abuse of power, and it’s completely tone-deaf to say that a female 21-year-old in the White House in the Oval Office with the president is not a victim.”

“And is bringing her on going to be a trigger for some people, saying, did you hear what she just said a week ago,” she continued.

Source: Democrat Voters Stun CNN When Asked If Hillary Clinton Is Helping Their Candidate | The Blaze