Senior Democrat leaders attempted to defend their party’s split over support for Israel. They pleaded with the AIPAC (American Israel Public Affairs Committee) to look beyond recent anti-Semitic comments and trust the support shown over the years by party leaders. 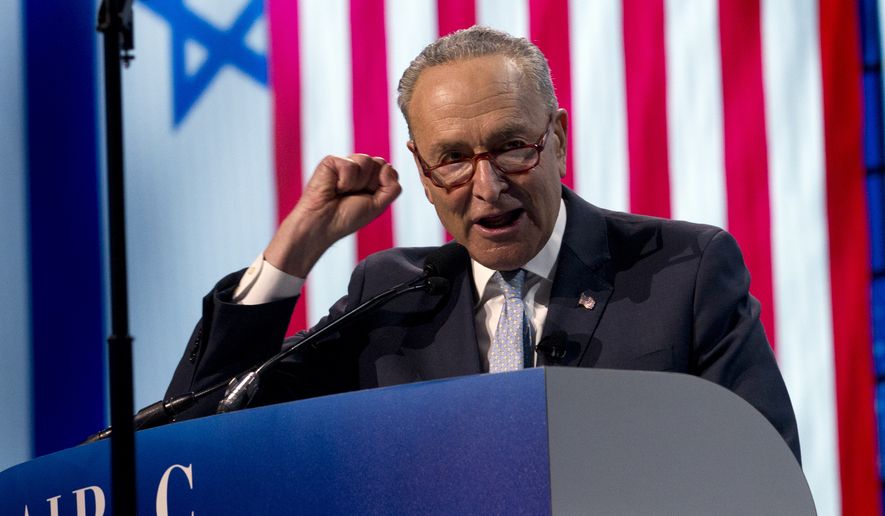 “Not only is it demonstrably false to say Democrats are anti-Israel. It also hurts the Israel-U.S. relationship,” said Senate Minority Leader Charles E. Schumer, New York Democrat, rebutting President Trump’s claims that Democrats have strayed beyond anti-Israel and into being “anti-Jewish.”

Mr. Schumer derided attempts to score “political points” over the relationship between the two nations.