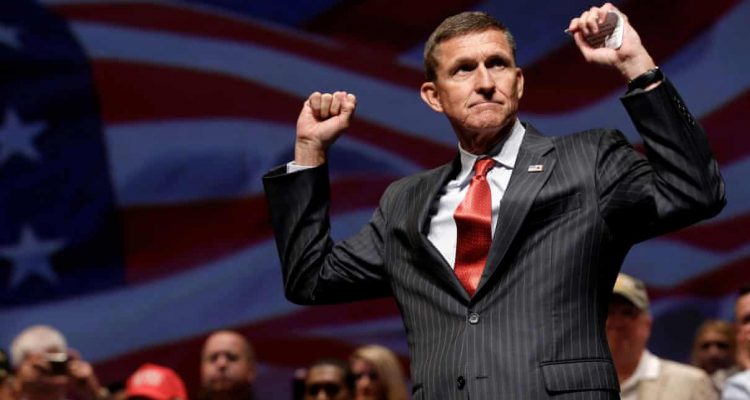 The Justice Department’s move to dismiss charges against Lt. General Michael Flynn was finally formalized today when an appellate court in D.C. ruled that the charges be dismissed.

In a 2-1 verdict, the court compelled the presiding judge in the case to formally dismiss the charge against the decorated military general.

Judge Neomi Rao, a Trump appointee, wrote that Judge Emmett Sullivan overstepped his authority by questioning the DOJ’s decision not to prosecute explaining,

“Our precedents emphatically leave prosecutorial charging decisions to the Executive Branch and hold that a court may scrutinize a motion to dismiss only on the extraordinary showing of harassment of the defendant or malfeasance such as bribery — neither of which is manifest in the record before the district court.”

Judge Robert Wilkins, an Obama appointee, in his dissent wrote that the appellate court also overstepped its authority claiming,

“It is a great irony that, in finding the District Court to have exceeded its jurisdiction, this Court so grievously oversteps its own.”

Flynn was the only White House official to be ensnared in the Mueller team’s Russia investigation. There is widespread speculation that Flynn’s “gag order” will be subsequently removed and he may have some interesting things to say.

President Trump has not ruled out re-hiring his former National Security Adviser. The investigation into the investigators who appeared to frame Flynn is still ongoing.

Attorney General Bill Barr and Special Prosecutor John Durham are expected to provide new details of the case in the near future. Conservatives are hoping that will be before the election.

Barr provided an update on the investigation in a recent interview with Fox News’ Maria Bartiromo Barr saying,

“You know, he’s pressing ahead as hard as he can. And I expect that, you know, we will have some developments hopefully before the end of the summer… what happens after the election may depend on who wins the election.”

The circumstances of “Obamagate” keep getting worse for Obama-era officials as more documents about the...More

I'm in Denver, Colorado about to give a talk but I wanted to give you...More

Lindsey Graham is getting picked on because of his comments about Alexander Vindman, listen to...More