New York Times: In an effort to maintain control over concerns about American democracy, politicians like Jerry Taylor, an American environmental activist, policy analyst and the president of the Niskanen Center, republicans and democrats have begun meeting together with a focus on neutralizing President Trump. One idea that has come out is the possibility of backing a more centrist candidate for the next Presidential election in 2020. 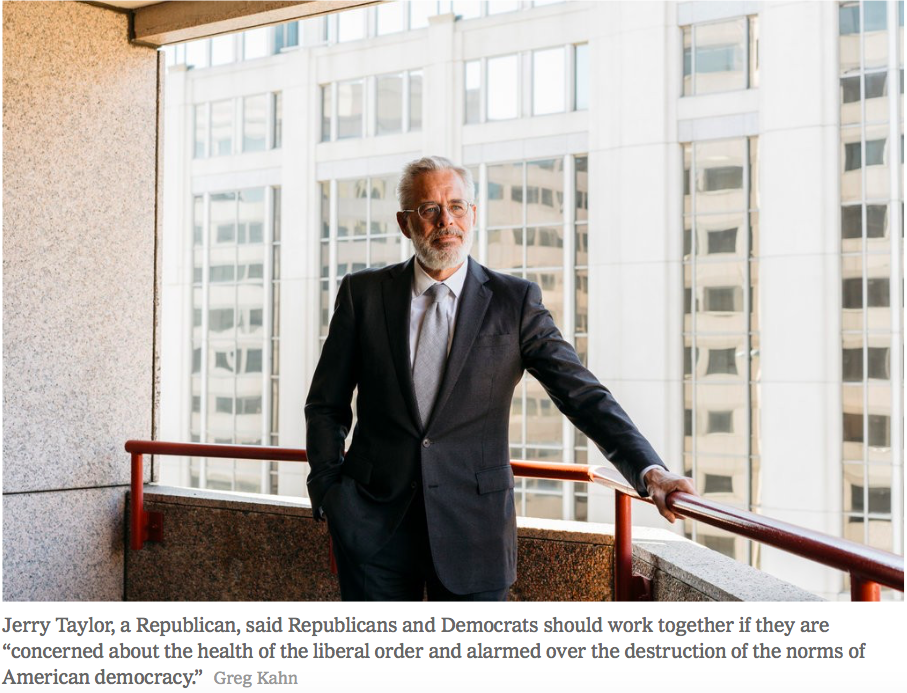 Excerpt from the New York Times:

Through invitation-only emails and private, off-the-record meetings, they have formed a loose network of cross-partisan alliances aimed at helping neutralize President Trump, and preventing others from capitalizing on weaknesses in the political system that they say he has exploited.

While this network has mostly eschewed electoral politics, some involved see the potential for it to help form an ideological — and possibly financial — platform to back candidates, including a centrist challenge to Mr. Trump in 2020, possibly from within the G.O.P. or even a third party.

The network — composed of overlapping groups led by Democrats such as the donor Rachel Pritzker and several veteran Obama administration operatives, as well as leading Never Trump Republicans like Evan McMullin, Mindy Finn and William Kristol — aims to chart a middle path between a Republican base falling in line behind Mr. Trump and a liberal resistance trying to pull the Democratic Party left.

No Comments on "Concerned by Trump, Some Republicans Quietly Align With Democrats | New York Times"