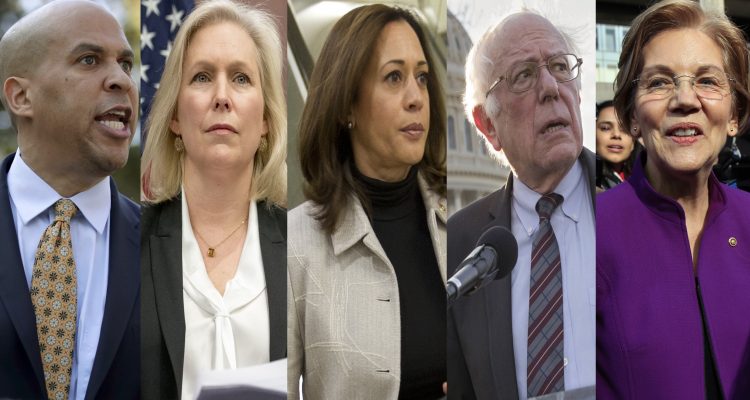 While there will certainly be more to this circus, there are currently a dozen Democrats running for President of the United States in 2020. We’ve had Warren 2020, Julian Castro 2020 and there’s even the hushed question “will Hillary run in 2020?”

Perhaps the most talked-about candidates are those who have yet to announce including Joe Biden, Rep. Beto O’Rourke (D-TX), Hillary Clinton.

Former Vice President Joe Biden has referred to himself as “The most qualified person in the country to run for President.”

Congressman O’Rourke touts one of the most impressive national donor networks thanks to his unsuccessful 2018 Senate run in which he raised tens of millions.

2016 Democratic Nominee Hillary Clinton has stated that she’d “still like to be President.”

Former San Antonio Mayor and Obama-era HUD Secretary Julian Castro (D-TX) was the first to announce a 2020 run with a January appearance on “The Late Show with Stephen Colbert”, a campaign video, and a subsequent announcement rally.

U.S. Senator Elizabeth Warren (D-MA) announced soon after with her own video and an awkward live-stream from home on New Year’s Eve.

U.S. Senator Amy Klobuchar’s (D-MN) campaign began in what looked like a blizzard, a spectacle President Trump poked fun at on Twitter given her global warming support.

Self-proclaimed Democratic-Socialist and 2016 candidate Bernie Sanders (D-VT) rebooted his campaign with a bang as he raised more than $6 million in the first four days of his campaign.

Lastly, rumors continue to swirl over whether or not the lone Democrat Governor in the “deep south” will throw his hat in the ring, that being Louisiana Governor John Bel Edwards.

With Democrats desperate to unseat President Trump, there will likely be another big inner-party fight to decide which approach is best: a left-wing candidate that can mobilize the base or a moderate candidate that can appeal to independents and moderate Republicans.

Only one thing is certain- it is going to be a long year and a half. We’ll know by the middle of July when the democratic national convention 2020 takes place, who will finally be chosen as the Democrat’s top picks to run.