FOX News Insider: On Hannity tonight, Judge Jeanne spoke with0 David Avella, the chairman of conservative organization GOPAC. Avella commented regarding Clapper’s apparent “aversion” to the use of the word “spying”. 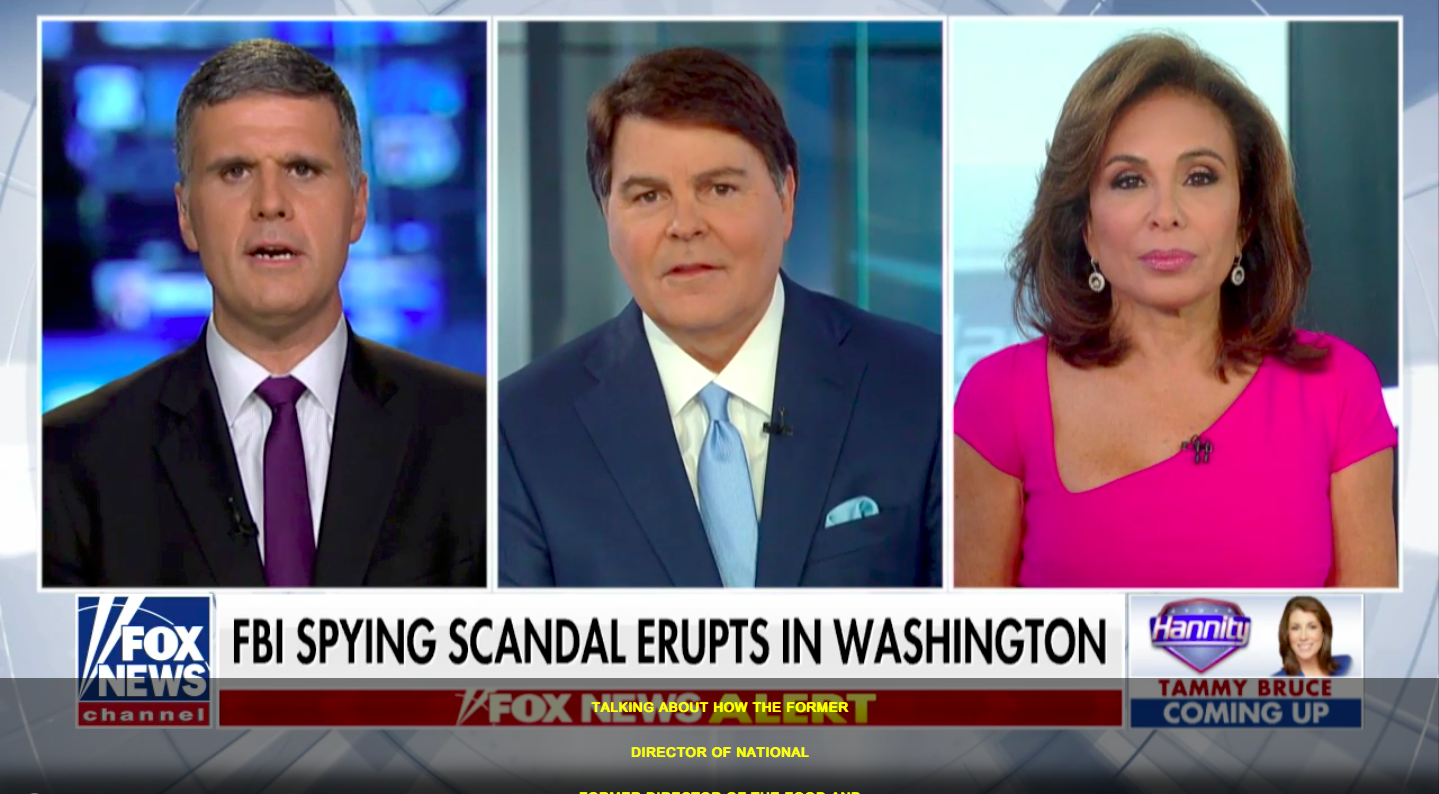 Clapper’s “aversion to ‘spying’ is like the FDA having an aversion to broccoli,” he said.

Avella also blasted the Obama administration, under which Clapper and Comey served, and congressional Democrats.

He said that Iowa Sen. Charles Grassley (R) recently revealed that a portion of recent information the FBI wanted “redacted” turned out to be fired Deputy Director Andrew McCabe’s $70,000 expenditure for a conference room table.

Source: Clapper’s Aversion to ‘Spying’ Is Like FDA Chief Having ‘Aversion to Broccoli’ | FOX News Insider