A poll conducted by Lifeway Research in 2017 showed 67 percent of evangelical Christians have a positive viewpoint of Israel. According to France’s Sébastien Fath, there are approximately 630 million evangelicals in the world, and in the United States, Pew indicated there were as many as 81 million in 2014. 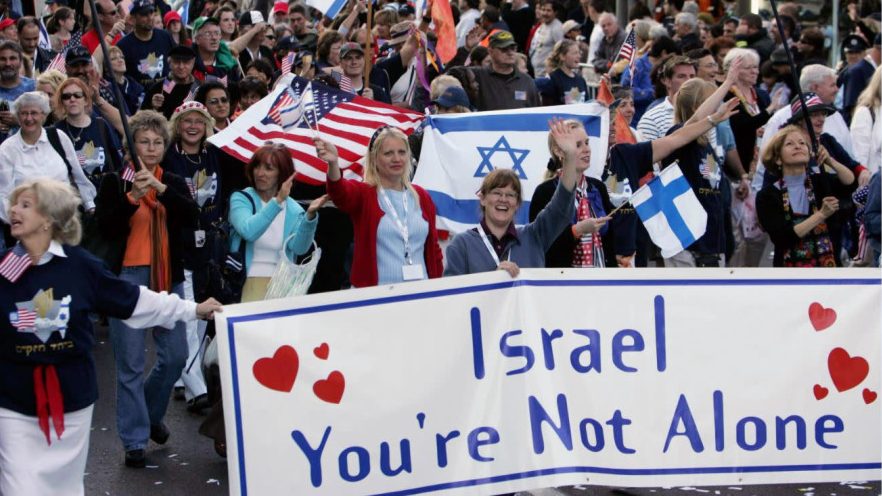 “The BDS movement relies on lies and bigotry to advance its agenda, we combat those by teaching the truth and preaching tolerance,” says Shari Dollinger, co-executive director of Christians United for Israel (CUFI). “CUFI combats BDS through education and advocacy on campus, in churches and through social media. While we do not focus on specific conferences or events on BDS, it is an issue that is discussed at our major gatherings. Combating BDS is a core element of our policy agenda.”

It is an approach that has borne significant fruit for CUFI. Its efforts in social media, special events across the United States, involvement on 330 university campuses, and television programming have garnered over six million members. And, says Dollinger, it “reaches tens of millions” every month.

Another global voice for evangelicals who support Israel is the International Fellowship of Christians and Jews (IFCJ). Founded by Rabbi Yechiel Eckstein in 1983, 96% of its donors are Christians. Unlike most groups that represent Christians, however, its leaders are Orthodox Jews.

No Comments on "Christians Who Stand With Israel Combat BDS"