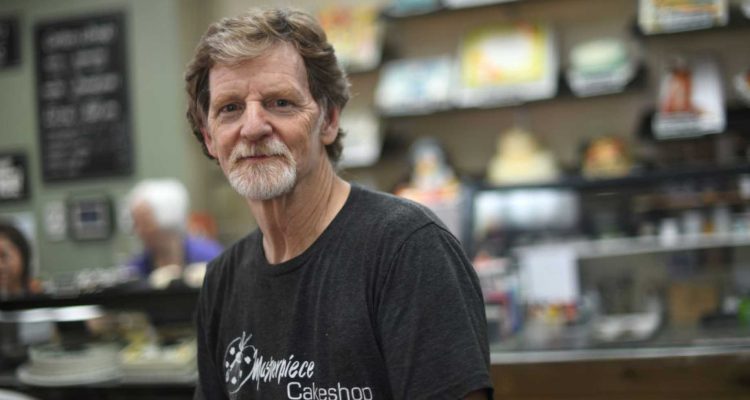 Christian baker, Jack Phillips, who recently won a Supreme Court case for discrimination, was sued for the third time yesterday. Jack is the owner of the Masterpiece Cakeshop who has refused in the past to bake cakes that violate his Christian faith, which has landed him in court twice already.

Now Jack is being sued again by Autumn Scardina, for declining to bake a gender ‘transition cake’. Scardina claims that this is LGBT discrimination, whereas Phillips has insisted that he is happy to serve anyone; however, he will not make a cake with a message that conflicts with his faith.

The Supreme Court already ruled in favor of Philips last year after he refused to make a cake for a same-sex wedding. They had ruled that the Colorado Civil Rights Commission had shown a clear bias against religion when it filed the discrimination charge against Phillips.

The commission then filed a second complaint about his refusal to make Scardina’s cake. Phillips then sued the state claiming he was being singled out for his religious beliefs. Both Phillips and The Commission dropped their cases in March after it was shown in discovery that the state showed “anti-religious hostility” towards the bakery.

Now the third lawsuit comes from Scardina, separately from the previous court case. No matter the outcome of the case, Christians are going to be persecuted for thought crimes until SCOTUS acts. We can only pray that the next time a situation like this goes in front of them, they re-affirm that religious Americans cannot be compelled to abandon their religious liberty and free expression simply because they’ve decided to run a business.

The Blaze reports that California lawmakers have just passed a bill calling on all religious...More

Two brothers, Cesar and Diego Gonzales, grew and wore braids as part of a religious...More

What does this all mean for us? Here is some of what I cover in...More

This is an important update.

How is it possible that Joe Biden could have spoken recently about China with such...More

1 Comment on "Christian Cake Shop Sued For The Third Time!"