China’s head legal agency, The Central Political and Legal Affairs Commission, issued a veiled threat in an opinion article published over the weekend. It was posted on their social media WeChat account where they accused protestors of terrorist acts during the protests on August 31 and also referred to a more severe crackdown may come in the next two weeks. 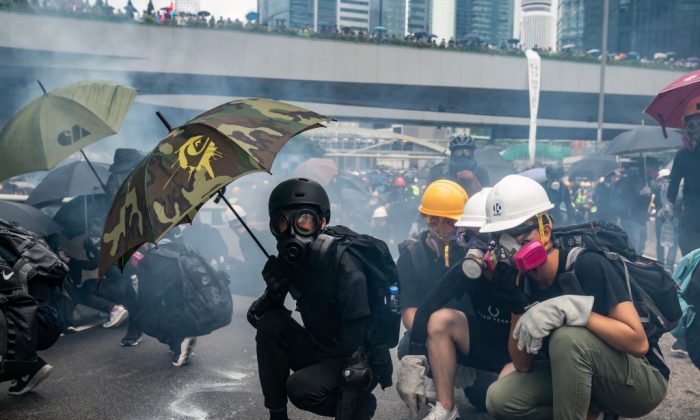 The peaceful march on Aug. 31 descended into clashes between protesters and police in the evening. Protesters allegedly threw petrol bombs and bricks, while police fired round after round of tear gas and deployed water cannons.

One of the clashes took place inside the Prince Edward Station, a metro station located in Mong Kok, a popular shopping district. Online videos showed that police officers pepper spraying and beating passengers. Some protesters could be seen shielding themselves with umbrellas, while one man was on his knees imploring the police to stop.