The Guardian: In September, there was an incident that took place in Stockholm, Sweden with three Chinese tourists who claimed they were terribly mistreated by the local Police. The response from the Chinese government has described the event like a severe case of human rights abuse. Others, however, are calling this something else: “pengci,” also known as “porcelain bumping.” 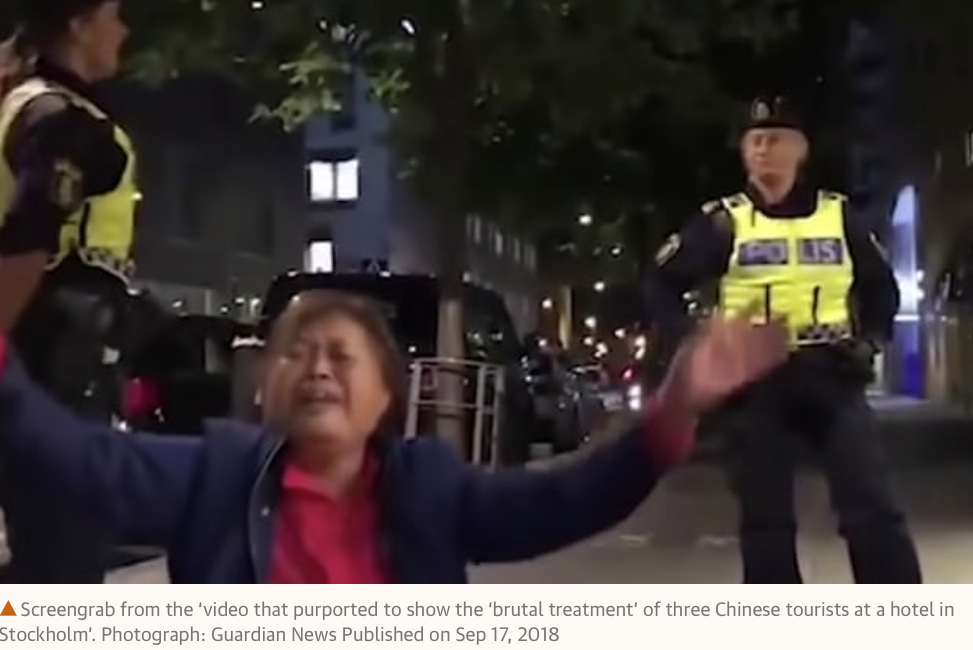 Excerpt from The Guardian:

Many Chinese people who viewed the video clips on domestic social media platforms were furious about what they saw as mistreatment. But others saw something different: a familiar pattern of using over-dramatisation as a means of recourse for real or imagined injustice. Called “porcelain bumping”, or pengci, this pattern became a focus of attention as the hubbub over the Stockholm incident continued in China. Pengci refers to the practice of manufacturing drama to obtain a desired outcome. According to one explanation, the term was coined to describe a technique used by fraudsters who would wait with delicate porcelain vessels outside busy markets and demand payment when these shattered, ostensibly due to the carelessness of others. Now, pengci often refers to the act of throwing oneself into oncoming traffic in order to claim compensation – a practice so common in China that related compilations of clips online are now nearly as ubiquitous as cat videos.

Source: China’s New Diplomacy In Europe Has A Name: Broken Porcelain | The Guardian

No Comments on "China’s New Diplomacy In Europe Has A Name: Broken Porcelain | The Guardian"