Reuters: The comment made by a Chinese official came after the U.S. State Department said that it had summoned its top diplomats in Central America to return over those countries’ decisions to no longer recognize Taiwan. The countries are the Dominican Republic, El Salvador, and Panama. 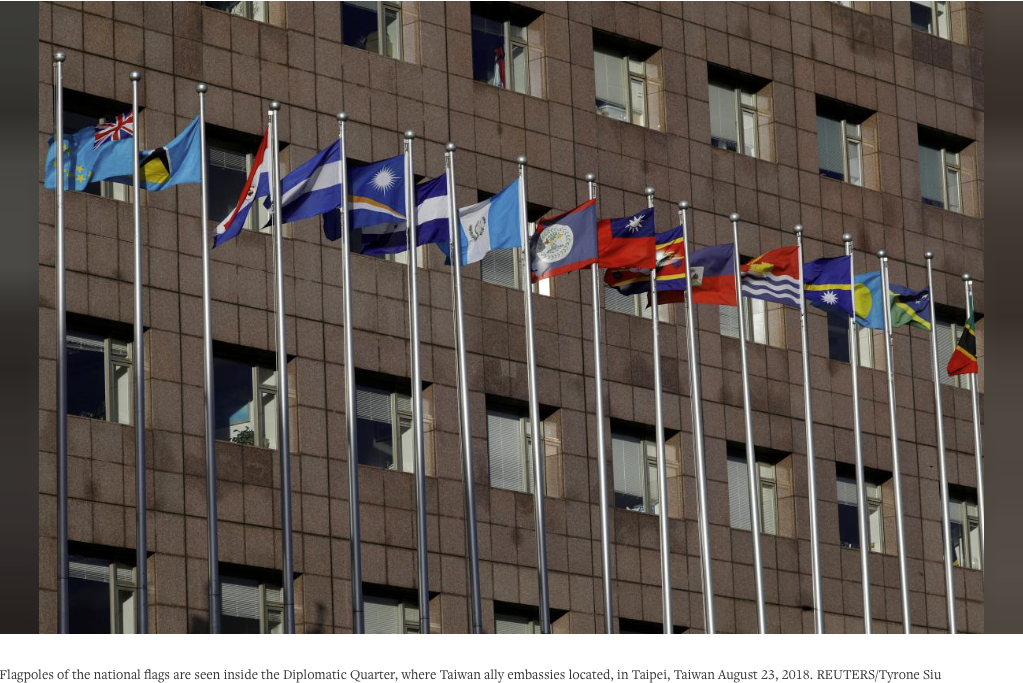 Speaking in Beijing, ministry spokesman Geng Shuang said deciding who to have diplomatic relations with was a sovereign nation’s right and should be respected.

“Other countries have no right to make thoughtless remarks about it or to gesticulate,” Geng told a daily news briefing, when asked about the State Department decision to recall the ambassadors.

“We remind the individual country that they have themselves recognised the ‘one China’ principle, and the fact that many years ago they established diplomatic relations with the People’s Republic of China,” he added.

No Comments on "China Urges U.S. Not To “Gesticulate” About Countries Abandoning Taiwan | Reuters"