FOX News: After the return of an aggressive cancer, journalist Charles Krauthammer has died. He was recently advised by his doctors that he did not have long to live. Krauthammer published a letter stating he had no regrets and has lived a good life. In recent years, Krauthammer was best known for his nightly appearance as a panelist on Fox News’ “Special Report with Bret Baier” and as a commentator on various Fox news shows. 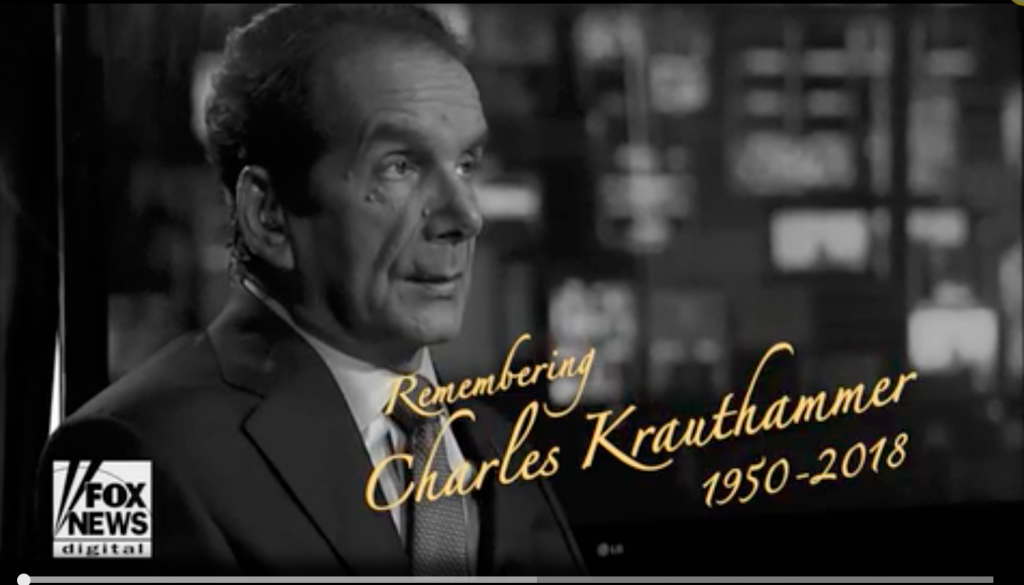 His death had been expected after he wrote a heartbreaking letter to colleagues, friends and viewers on June 8 that said in part “I have been uncharacteristically silent these past ten months. I had thought that silence would soon be coming to an end, but I’m afraid I must tell you now that fate has decided on a different course for me…

“Recent tests have revealed that the cancer has returned. There was no sign of it as recently as a month ago, which means it is aggressive and spreading rapidly. My doctors tell me their best estimate is that I have only a few weeks left to live. This is the final verdict. My fight is over.” The letter continued, “I leave this life with no regrets. It was a wonderful life — full and complete with the great loves and great endeavors that make it worth living.”