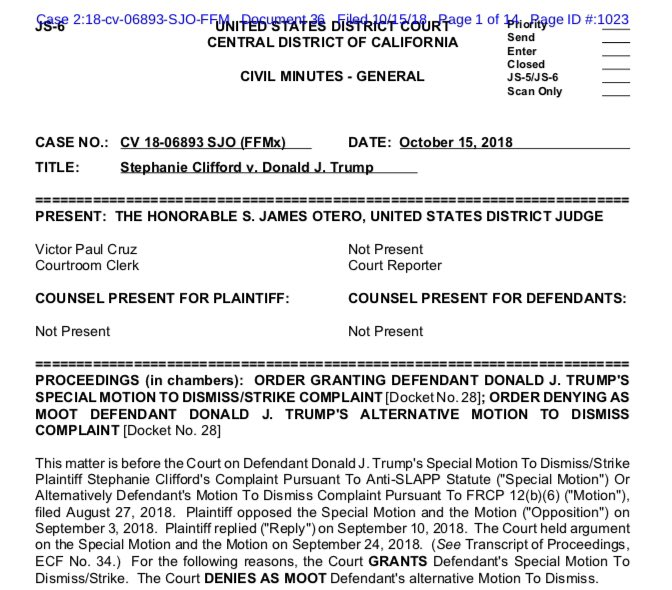 Judge S. James Otero has dismissed the defamation lawsuit against President Trump after ruling that the President’s tweet, which Stormy Daniels entire case relied on was not, in fact, defamation but rather “rhetorical hyperbole.” 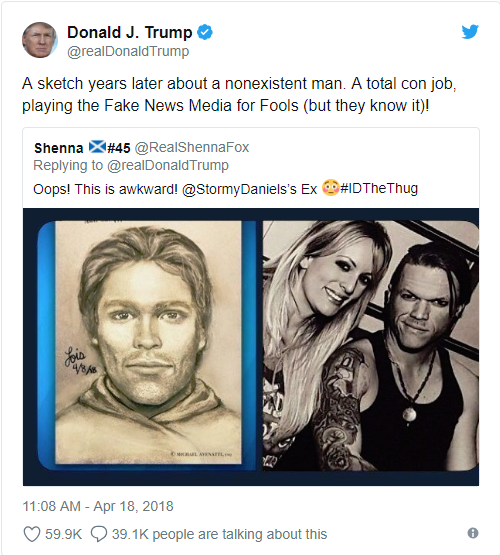 “United States District Judge S James Otero issued an order and ruling today dismissing Stormy Daniels defamation lawsuit against President Trump. The ruling also states that the President is entitled to an award of his attorneys’ fees against Stormy Daniels.”

He followed up with, “no amount of spin or commentary by Stormy Daniels or her lawyer, Mr. Avenatti, can truthfully characterize today’s ruling in any way other than total victory for President Trump and total defeat for Stormy Daniels.”

Of course, Mr. Avenatti did not let this statement go unchallenged. He tweeted:

“Re Judge’s limited ruling: Daniels’ other claims against Trump and Cohen proceed unaffected. Trump’s contrary claims are as deceptive as his claims about the inauguration attendance. We will appeal the dismissal of the defamation cause of action and are confident in a reversal.”

What You Need To Know About Trump, Biden, Ukraine, Pelosi, Impeachment

Every once in a while, a story is enthralling and complex enough to justify a...More

No Comments on "Case Dismissed: Stormy Blown Away By Judge’s Ruling"