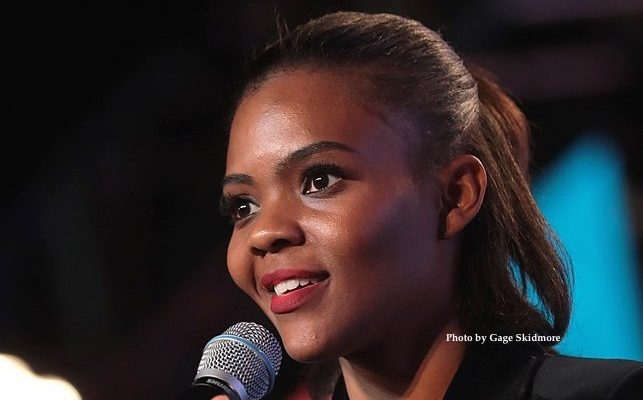 While Candace Owens testified as a witness for a House hearing on hate crime, Rep. Ted Lieu (Democrat-CA) questioned Owens’ reference to Hitler and played a 30-second clip of her speaking. Rep. Lieu prefaced playing the recording saying, “I don’t know Ms. Owens. I’m not going to characterize her. I’m going to let her own words do the talking. So, I’m going to play for you the first 30 seconds of a statement she made about Adolf Hitler.”

Owens, Communications Director for Turning Point USA and founder of the #Blexit movement, had been invited by GOP lawmakers to speak before the House Judiciary Committee. Owens addressed the short clip stating “I think it’s pretty apparent that Mr. Lieu believes that black people are stupid and will not pursue the full clip…”. Sounds of a gavel could be heard in the CSPAN video as she continued: “That was unbelievably dishonest.. I’m deeply offended by the insinuation of revealing that clip without the question that was asked of me.” 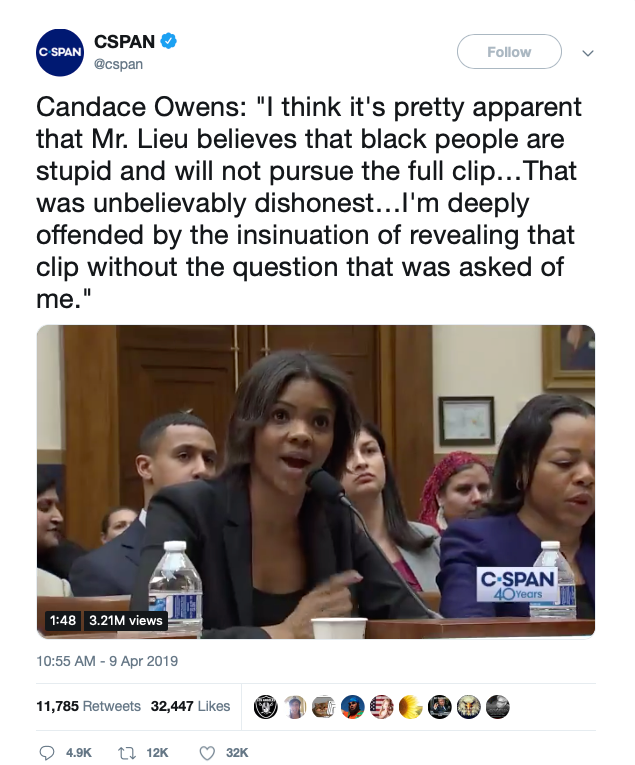 Rep. Jerry Nadler (Democrat-NY) banged his gavel again until Owens stopped speaking saying, “the witness may not refer to the committee member as ‘stupid.'” Owens grandfather, her guest at the hearing, could be seen behind her shaking his head as Rep. Nadler spoke. After Rep. Nadler permitted Owens to continue talking, she not only defended her original statement, she clarified the context of the 30-second clip stating this was the same kind of tactic done to President Trump, playing a segment of a recording while twisting the narrative.

The greatest part of the hearing today was when @RepJerryNadler simply **shrugs** after I catch him flat-out in a lie.

I have literally watched this clip and cannot stop laughing at the audacity of Democrats.

They just don’t even care when they’re caught lying. ??? pic.twitter.com/V3WgujYHFh

Owens continued her testimony before the committee clarifying terms like “white nationalism,” while also addressing the Democrat narrative heard every four years ahead of a presidential election. She also referred to her grandfather sitting behind her at the hearing, and of his background growing up with racism.