Fox News Insider: Candace Owens, communications director for Turning Point USA, shared her thoughts on this weekend’s season premiere for Saturday Night Live whose musical guest was Kanye West. Several home videos have been circulating on social media of him with his Make America Great Again hat on at the close of the show. He challenged the cast and audience, including sharing how he’d been bullied backstage and was told don’t wear the hat. 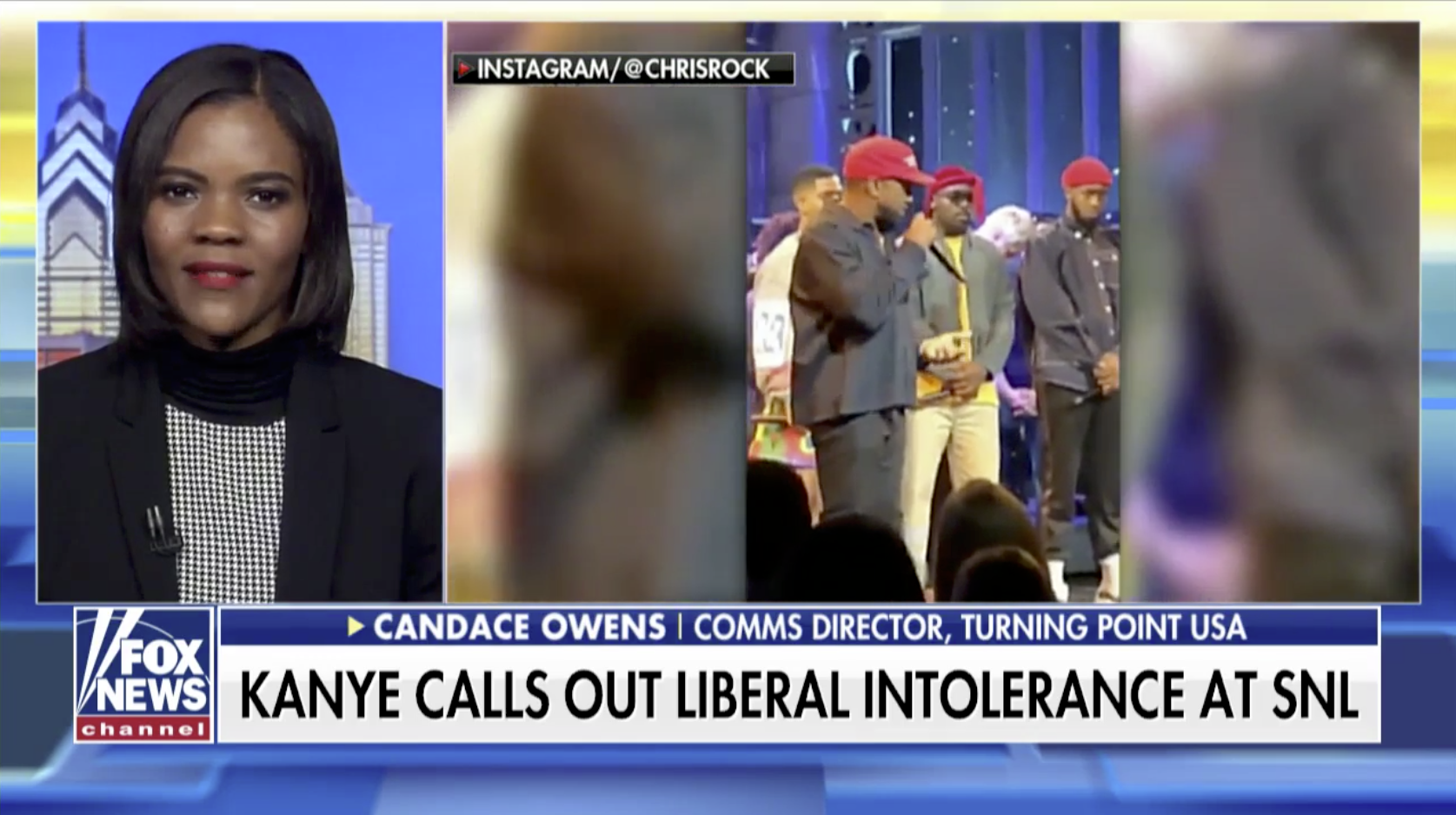 He stated in his speech on Saturday that “they bullied me backstage. They said ‘Don’t go out there with that hat on.'”

Many of the “SNL” cast members can be seen with their heads down standing behind the rapper.

“What Kanye is doing is unbelievably brave,” Owens said. “To stand up to the mob, to put on a ‘MAGA’ hat and to say ‘I support this president.'”

No Comments on "Candace Owens on Kanye West’s Pro-Trump ‘SNL’ Speech: ‘One of the Bravest Men in America’ | Fox News Insider"