According to the U.K.’s new foreign secretary, a Brexit deal needs to be done but that the “EU needs to move” to make things happen. Dominic Raab, former Brexit secretary, spoke to the Times recently saying he had been talking to EU capitals but also spoke with US secretary of state, Mike Pompeo. 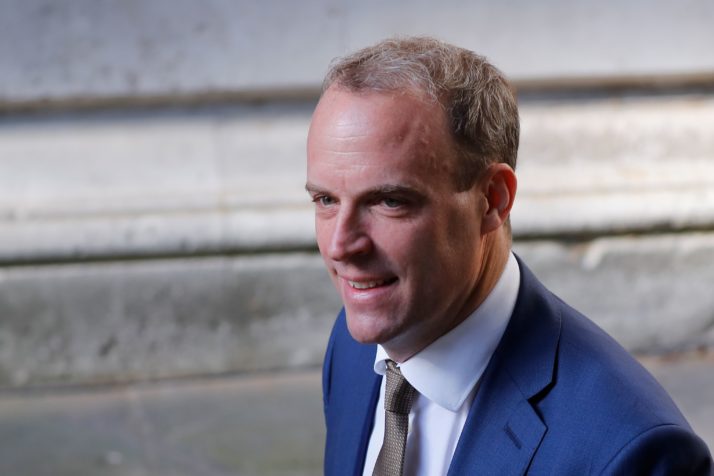 Donald Trump and Johnson spoke on Friday evening, with the president saying: “We’re working already on a trade agreement. And I think it’ll be a very substantial trade agreement, you know we can do with the U.K., we can do three to four times, we were actually impeded by their relationship with the European Union.”

Raab told the Times that “Brussels isn’t the only game in town. We want a strong relationship with our European friends and partners. I prize that relationship. My father came from Czechoslovakia. I understand the historic context of our relationship and I feel very warmly about it. But we also want to raise our horizons.”

No Comments on "‘Brussels Isn’t The Only Game In Town,’ Says Dominic Raab"