The deadline for Broward County to turn in their recount came and went. The county’s Supervisor of Elections Brenda Snipes had come out late Thursday afternoon claiming never missing a deadline. The outcome of the recount, however, shows the Democratic opponent, Sen. Bill Nelson, lost more votes, while GOP candidate Rick Scott, gained 779. 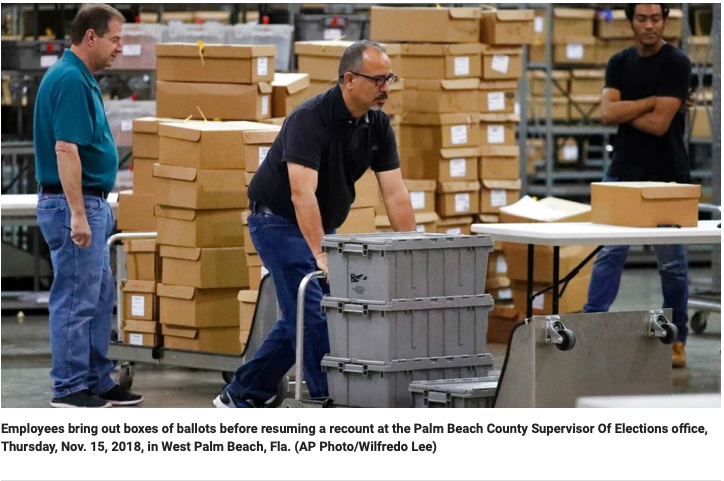 As of the 3 p.m. deadline for a machine recount of three close statewide contests, nearly all of Florida’s 67 counties —except Palm Beach and Hillsborough counties — had reported updated results.

“Basically, I just worked my ass off for nothing,” said Joseph D’Alessandro, Broward County’s election planning and development director.

D’Alessandro said he had a hard time uploading the results because he wasn’t familiar with the website used to send them to the secretary of state.

No Comments on "Broward Misses Machine Recount Deadline — By 2 Minutes"