Brazil’s President Jair Bolsonaro became the first head of state to visit the Western Wall with an Israeli premier. The location, one of the most sacred in Jewish culture, is in the east part of Jerusalem which had been occupied by Israel during the Six Day War in 1967. It was later annexed in a move never acknowledged by the international community. 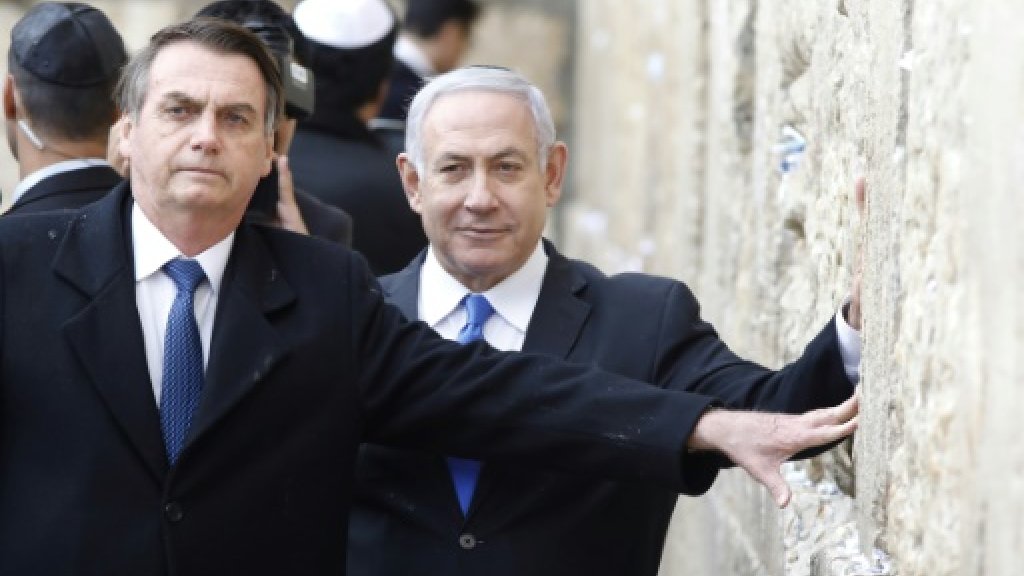 Bolsonaro’s visit follows a similar one by US Secretary of State Mike Pompeo on March 21, when he became the first high-ranking American official to visit the Western Wall with an Israeli prime minister.

Bolsonaro has expressed his strong support for Israel and spoke of being moved by a Christian pilgrimage to the Jordan River he undertook a couple of years ago.

He has also pledged to follow in US President Donald Trump’s footsteps and move Brazil’s Israel embassy to Jerusalem, but that is on hold for now.