An 11-year-old boy from Moche, Perú, Victor Martín Angulo Córdova, captured the attention of local officers monitoring the city’s security cameras. It wasn’t what one expected to see, however, as this young man was seen sitting, and also lying down at times, doing his homework by the light of a streetlamp. 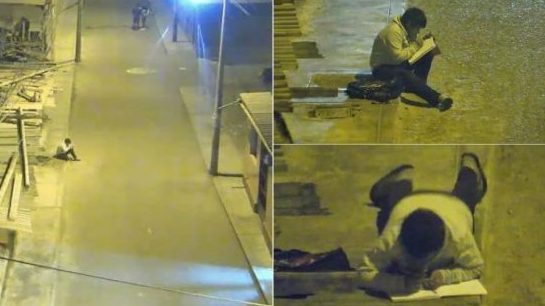 Mubarak was struck by the poverty in which the boy and his peers lived and studied. He decided to rebuild Víctor’s family’s humble dwelling as a two-story home, help Víctor’s mother start a small business, and give $2,000 to the boy (in his mother’s care). Víctor pointed out that he has many classmates who are in a similar situation, so Mubarak also pledged to remodel and expand the school Víctor attends, adding, among other things, a modern computer lab. The only thing Mubarak is asking in return: that Víctor continue to be a humble, extraordinary person who loves his mother and works hard at his education.

Source: Boy Doing His Homework Under A Streetlight Goes Viral, And A Millionaire Takes Notice | Aleteia

No Comments on "Boy Doing His Homework Under A Streetlight Goes Viral, And A Millionaire Takes Notice"