On New Year’s Eve, migrants gathered at the San Diego section of the border wall. There were attempts to make it over the wall and after Border Patrol agents turned them back, some started throwing rocks at the agents and others tried pushing children over the barbed-wire fence. 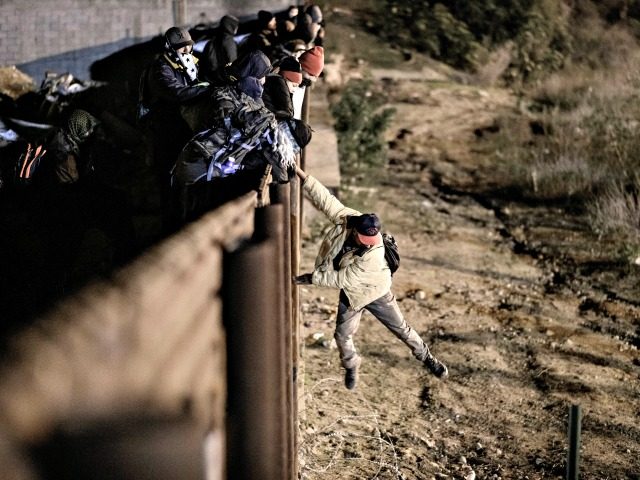 The following is based on initial operational reporting. Last night, approximately 150 migrants attempted to illegally enter the United States by climbing over and crawling under border fence in San Diego Sector. Due to CBP’s increased presence, a first group of 45 turned back towards Mexico. Shortly thereafter, migrants began throwing rocks over the fence at the CBP agents and officers. Several teenagers, wrapped in heavy jackets, blankets and rubber mats were put over the concertina wire. Border Patrol agents witnessed members of the group attempt to lift toddler sized children up and over the concertina wire and having difficulty accomplishing the task in a safe manner. Agents were not in a position to safely assist the children due to the large number of rocks being thrown at them.