Fox News: In a developing story and initially reported by some as a large explosion, current information is that it was a small bomb that went off right outside the U.S. embassy in Beijing. The suspect, a 26-year-old man identified only as Jiang, was the only person injured. According to police, Jiang is from the city of Tongliao in the Chinese region of Inner Mongolia. 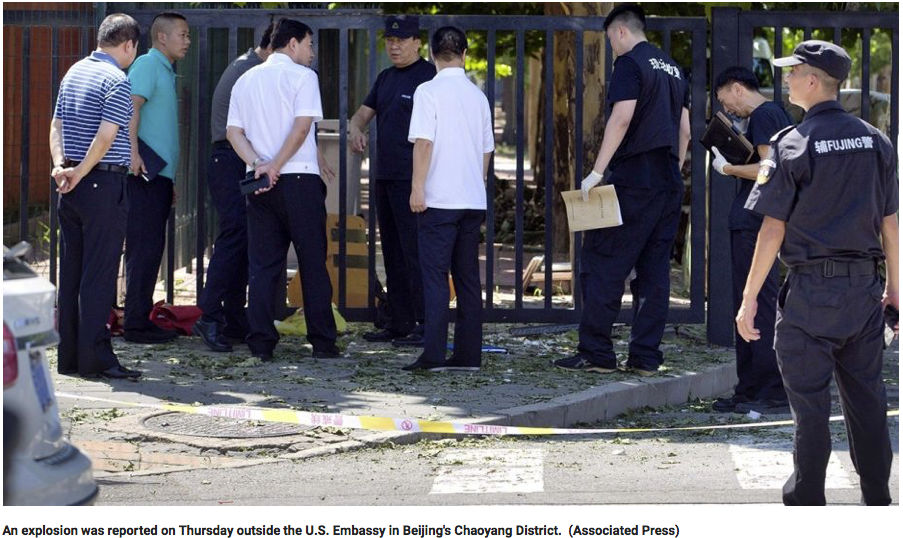 Bystanders shared video of the aftermath on social media, showing images of smoke unfurling in the street and what appeared to be police vehicles surrounding the building in the city’s Chaoyang District.

The blast occurred around 1 p.m. local time and could be heard from blocks away, The New York Times reported.

Witnesses told Reuters they felt tremors, and later saw police examining a vehicle outside the compound.

No Comments on "Bomb Explodes Outside US Embassy In Beijing, Suspect Injured: Report | Fox News"