Reuters: Jair Bolsonaro is a right-leaning law-maker and a Presidential candidate in Brazil. He’s made statements regarding China’s role in his country which is causing some alarm for the Chinese. He has been compared to President Trump in his remarks towards China claiming they are not purchasing in Brazil, they are buying Brazil itself. 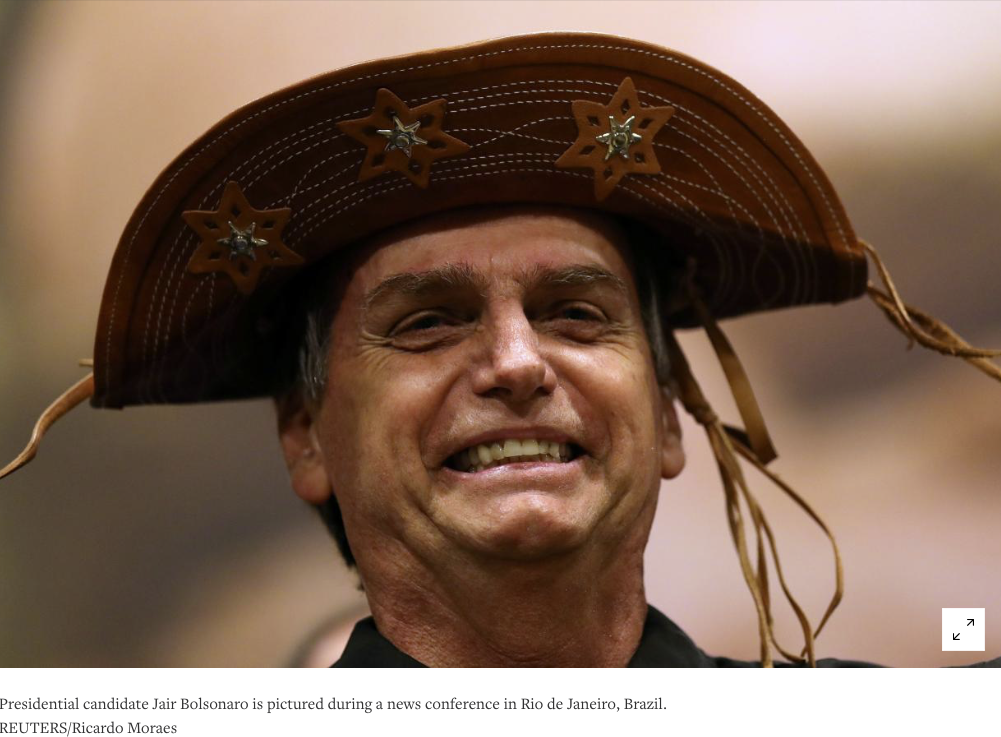 Two-way trade between China and Brazil stood at $75 billion last year, according to Brazilian government statistics. China has invested $124 billion in Brazil since 2003, mostly in the oil, mining and energy sectors. China is eager to bankroll railway, port and other infrastructure projects here to speed the movement of its Brazilian grain.

But the far-right Bolsonaro, much like U.S. President Donald Trump, has criticized China repeatedly on the campaign trail, saying the Chinese should not be allowed to own Brazilian land or control key industries. An ardent nationalist, Bolsonaro is expected to win a landslide victory in balloting this Sunday.