France 24: A one-man demonstration took place recently in Zambia, protesting loans made by the Chinese to the capital of Zambia, Lusaka. Police arrested James Lukuku for his one-man show who said he was opposing the effects the increasing presence of the Chinese. Concerns over China’s presence in the country includes Zambia’s economy as well as fears of hiding debt similar to what happened in Mozambique who had admitted to hiding several billion in secret in 2016. 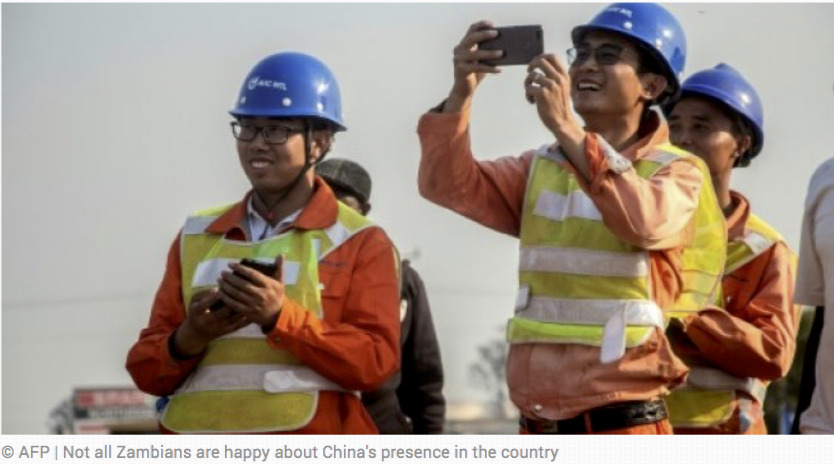 Katuka, who is the secretary general of the United Party for National Development, described the replacement of Zambian workers with Chinese labourers — as is customary on Chinese-run projects — as “a time bomb”.

“If this situation is allowed to degenerate, it may lead to aggression on foreign nationals,” he added.

There have been several high profile incidents of Chinese managers allegedly mistreating their Zambian workers.

“In some instances the Chinese are beating Zambians in places of work for simply failing to follow instructions,” said Katuka.

Source: ‘Say No To China’: Anger Mounts In Zambia Over Beijing’s Presence | France 24

No Comments on "‘Say No To China’: Anger Mounts In Zambia Over Beijing’s Presence | France 24"