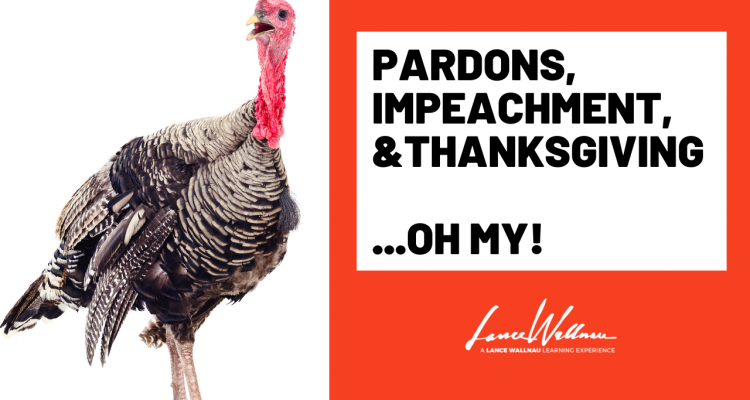 The President gave a pardon and, no matter what he does, the left and the Democrats will fight him. The President pardoned a decorated navy SEAL, Special Chief Eddie Gallagher, who was almost fully acquitted by a military jury. Secretary of the Navy, Richard Spencer, resisted the order by his Commander-in-Chief to restore Gallagher to his full rank, he just refuses to obey it. CBS asked him what’s wrong with following a lawful order and he said ‘nothing!’

Meanwhile, Adam Schiff and his impeachment proceedings are just falling apart, the leftist academics are teaching our kids about massacres instead of Thanksgiving, and 55 million of you are travelling for the holiday.

No Comments on "Presidential Pardons, Schiff’s Impeachment Push, And Thanksgiving"