Philadelphia Inquirer columnist Will Bunch said in an interview on “Reliable Sources” on CNN Sunday that the 2016 election of Donald Trump as president was the “biggest” election conspiracy in history and “worse than Watergate.” According to Media Research Center Brent Baker, the comparison to Watergate is overused and full of paranoia. 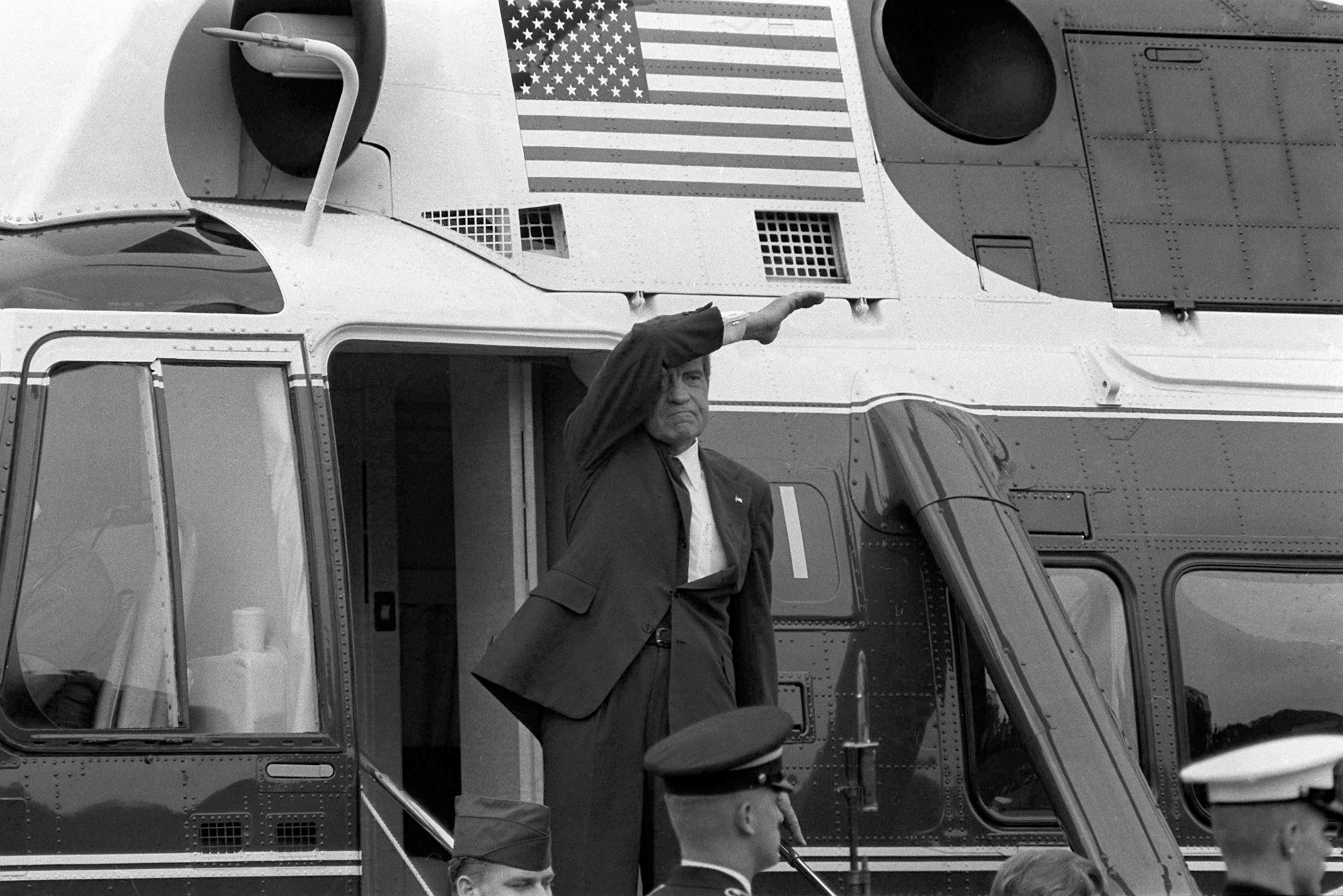 On the day of his resignation, Aug. 9, 1974, Richard M. Nixon waves goodbye from the steps of his helicopter as he leaves the White House following a farewell address to his staff. The Watergate scandal forced Nixon to become the first U.S. president to resign from office. Critics of President Trump like to compare his troubles with Watergate.
CHICK HARRITY/AP

“I think the biggest electoral conspiracy in American history has already been laid out there. It’s hiding in plain sight. I think the bombshell is the details that we already know. You know, in terms of the quids and the quos. There’s been a lot of great investigative reporting over the last two years. And that’s why we know some of the things that came out in court. But I think all the evidence of, you know CNN reported on the 15 Trump campaign officials and their meetings with 15 Russian officials. We have dramatic evidence of collusion, of quids in terms of the Russian hacking, quos in terms of the promises of sanctions relief. We have a motive with the Trump tower Moscow deliberations that were going on. I think we have all the proof we need of a scandal that’s arguably worse than Watergate.”